Google's Switch to move data from iOS to Android

If you're ready to give up on your old iPhone and start using an Android smartphone, Switch to Android offers a very easy way to transfer your important data. 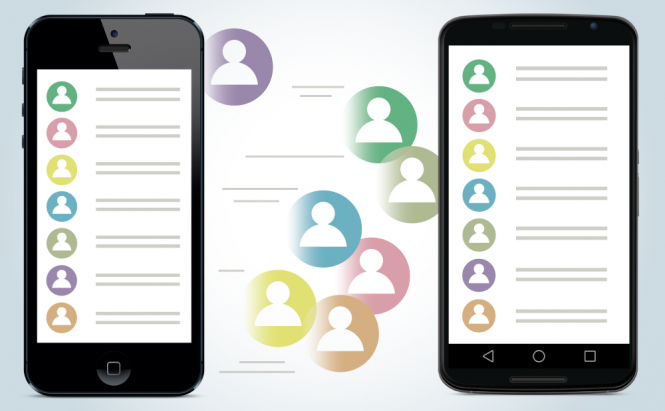 Google's Switch to move data from iOS to Android

Everybody loves getting a new phone, but we all hate what comes right after: finding a way to copy all the important things from the old phone to the one that you're going to use from now on. Unfortunately, things were even more complicated when you wanted to transfer the data from an iPhone to a device powered by Android, but Google has just come up with a better solution. Switch to Android is a relatively new Google Drive feature that's very easy to use.

I know what you're thinking, copying your contacts wasn't that much of a problem as if you allow it to, Google can automatically save them on the cloud and copy them on any device that  you log on to. However, besides the fact that you may not want to save certain numbers online, there are other important things that you may wish to keep on your new phone such as your calendar entries and your media files. Up until now, in order to be able to transfer your data, you would need to connect both phones to a computer and follow a series of steps given by iTunes. This didn't only require a lot of effort, but would also tie up all your devices at once, rendering you unable to use any of them during the transfer period. With Switch to Android it's a lot simpler and you will only be tying up your iPhone, allowing you to keep using your PC or play with your new phone.

The first thing that you need to do is to create a Google account, in case you don't already have one. Then, install Google Drive on your iPhone and log in with your Google user name and password. In case you already had the app installed, make sure that it's up-to-date using the App Store. Now, launch the Google Drive application, press the Menu button, then go to Settings and tap the Backup entry. In the new screen that opens up, you can select exactly what information you want to save by visiting each of the available categories and, once you're done, simply press the Start Backup button from the lower-right corner.

Just so you know, depending on the amount of items that you're saving and especially on the total file size, this process may take quite a long while and you must ensure that the iPhone doesn't go on stand by as that will pause the process. Furthermore, you should use a WiFi connection as uploading all the information to the cloud will most likely be very taxing for your data cap. Once the backup process is complete, enter your Google credentials on the Android phone that you're going to be using from now on and your data will be transferred automatically. The contacts will appear in a group named after your iPhone and the same will be true for your calendar entries. If you're looking for your media files, they will be in the Google Photos app.

Now that you've seen how to move your data from iOS to Android using Switch to Android, you may also want to read some of our other stories such as: "The best features brought by Android 7.0 Nougat" or "5 Things You Should Know to Pick Up The Right Smartphone".