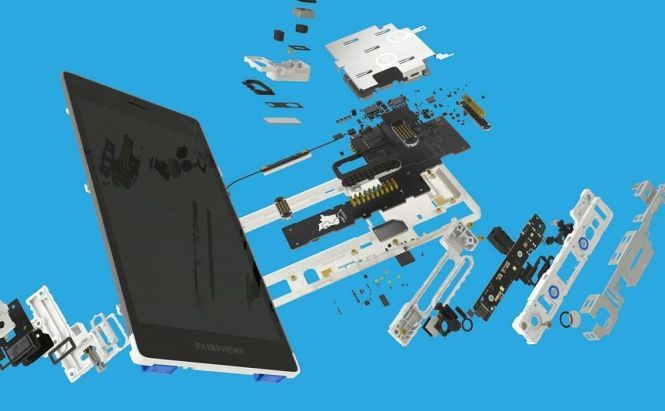 If you are tired of throwing away your money at flagships that are being released year after year, then here's the good piece of news for you. Fairphone, a modular smartphone manufacturer from the Netherlands, launched the pre-order of the first fully functioning upgradable smartphone to hit the market. Sure, the idea is not new, you probably heard of Google's Project Ara, but it's been delayed so many times that we've almost lost count. Looks like Google's been too busy with the new Nexus, Chromecast and Pixel C.

Nevertheless, at the moment, Project Ara is scheduled for 2016, so let's have a look at the Fairphone 2. The device won't astonish you with the specs: it runs Android 5.1 and has a Quallcom Snapdragon 801, 2GB of RAM, 5-inch display, an 8 megapixel rear and 2 megapixel front camera. You can check the whole specs list at the official website. Although it's a mid-range device, you will be able to change any component according to your preferences or replace it in case it breaks without throwing away a pile of cash. The village of Agbogbloshie. Image by Andrew McConnell

Even though you won't be able to 'upgrade' the components straight away (currently, you can only replace the broken parts), the company will adapt more advanced hardware to the platform in the future. Fairphone aims at making smartphones easier to repair and preventing people from throwing away their devices. If you don't believe that the problem exists and badly affects the environment, check out the picture of the largest e-waste junkyard in the world.

Previous story Best Android apps to help you quit smoking Next story The Beta build of SwiftKey 6.0 can guess your next two words