Samsung Pay To Launch This Summer 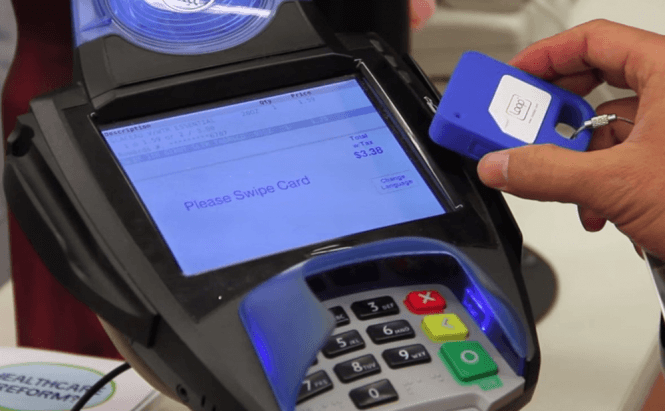 Samsung Pay To Launch This Summer

The race of the mobile payment systems just became much more interesting as Samsung announced its plans to compete with Apple Pay and Google Wallet. The new service called Samsung Pay will be launched this summer in the U.S. and is supposed to come to other markets at a later (unspecified) date. The first smartphone equipped with this new mobile payment system will be the Samsung Galaxy S6.

Last month, Samsung acquired LoopPay so this announcement isn't actually a surprise. If you aren't familiar with the subject, LoopPay is a digital wallet designed to help its users make purchases in real-life stores using their phones instead of their credit cards or cash. What sets this service apart from Apple's and Google's systems, is that it's not restricted by the NFC technology.

Even though they are designed to work using Near Field Communication chips when possible, the Samsung phones which offer the payment system will also have the capability to communicate directly with magnetic card payment terminals. Since at the moment there are very few places that have NFC terminals, but almost every store is equipped with card payment devices, this is actually quite important. Another huge difference between Samsung Pay and Google Wallet will be the company's involvement in the transactions. While (in its traditional style) Google gathers the information from your purchases and will probably use it to deliver better targeted ads, Samsung will not have access to the data.

In terms of security, Samsung Pay will use one-time tokens instead of credit/debit cards number (just like Apple Pay), which is proven to be safer than the traditional card usage. Furthermore, all the devices which provide the service, will be equipped with a fingerprint scanner, so all you would have to do to authorize a transaction would be to hold the phone near the terminal and your finger on the home button.

Previous story A Look Into The New HTC One M9 Next story Hyundai Smartwatch App: Control Your Car From Your Wrist