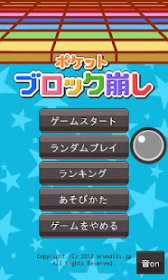 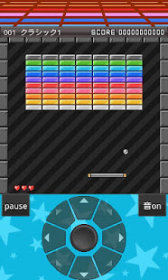 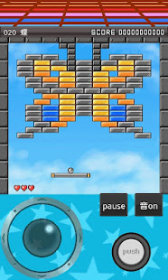 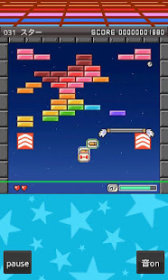 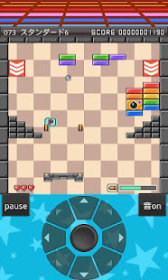 This Block Breaker game has a plentiful 300 stages. There are plenty of mysterious stages in which various item, colorful illustrations, and blocks will move and disappear! Pick from four levels of difficulty. Random play of the stages. Online ranking of the scores. You can decide if you want to play using the control pad or by touch screen.

The game was originally developed by oruoalls and it is related to the Action Games category. This application has been downloaded and set up by over 50K users and the latest update is dated Jul 23, 2015. The app has the average rating 3.6 on Google Play.

A free .apk file of Pocket Break Block 1.2 can be downloaded from Droid Informer and you can have a look at users' reviews on this site. Prepare 5 MB of free space on your device for this app installer and keep in mind that it works fine on Android 2.3 and above. The antivirus report shows that the app is totally safe.

Addition of numbers
38
The application is designed to test knowledge by adding the table to 10 A simple...
1.0

Cursive Converter
1,8K
It is an application that cursive convert the English alphabet block body.
ersion 2018

MyCBT
19
It is one in its kind in giving all prospective undergraduates seeking admission into...
1.0