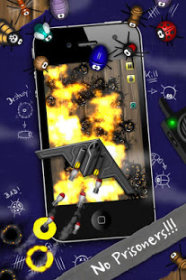 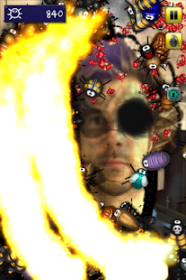 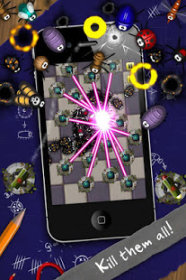 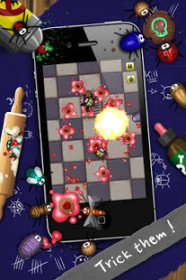 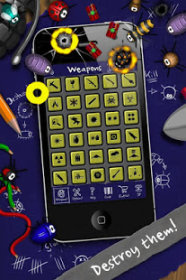 "Battle all insects and worms in your pocket. Be the best bug smasher in your own pocket of kingdoms. Discover a world of cute ants, crazy cockroaches, greedy spiders and explode bugs in your fun bug smashing empire. Gore the pest in Pocket Bugs war game. Demolish and airstrike cute bugs and create a modern bug war. Destroy your home screen with epic war weapons.

Get the .apk installer of Pocket bug Kingdom Empire War 1.36 that is completely free of charge and have a look at users' reviews on Droid Informer. This application setup package requires 22 MB to be successfully installed. The app is built for Android 4.0.3 and higher. The antivirus report shows that this application is safe. Stark Apps is the official developer of the game that can be found in the Action Games category.

Pocket bug Kingdom Empire War has been downloaded and installed by over 10K users and the most recent update was released on Feb 22, 2017. The overall user rating of this application is 3.7 on Google Play and you can also get this application if you're aged 17 and older. Some in-app purchases and advertisements are included into the game.

Medieval Defense
521
The best and most intense tower defense game out there!
1.160

Warmage
83
The app is craft a Kingdom. Welcome to the most exciting indie strategy game...
1.71

Alien Invasion
132
Our planet is under attack by frightening aliens coming from another galaxy.
1.01

Zombie Halloween
8
It is halloween and a virus has infected the world and you are the commando to kill...
3.0

Ant Crusher Killer Insect
38
Crusher ants with your finger in this amazing game!
1.3

Ant Smasher Smash Ants
70
Ants are taking over, and you must protect the world.

IDestroy Swat
29K
Blast a Tsunami waves of bugs and zombies and let the laser robot be the bug eater.
1.36
.apk