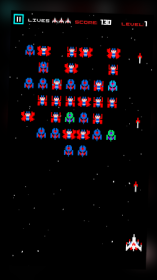 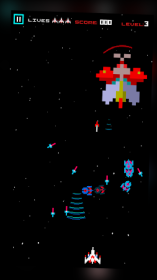 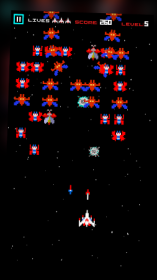 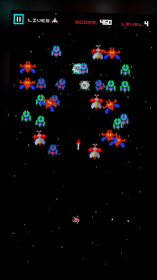 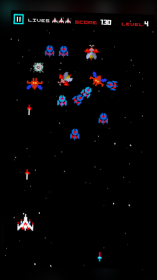 Earth's very existence is threatened. Alien invaders from space have been sent to destroy our planet. You have been called up to repel their attack. You must plan your battle strategy well and upgrade your fighter ship to defeat the increasingly advanced aliens. To accomplish this task, you must have the courage and wisdom. Simple game rule but it's surprisingly challenging.

Nod's Adventure is the developer of the app which refers to the Adventure Games category. The most recent update of the game was launched on Jan 24, 2017 and Galaga Shooter has been installed by over 100K users. Google Play displays that this application is rated 4.1 by its users.

Ads are a part of the app. It's free of charge to download the .apk file of Galaga Shooter and you can check out users' reviews on Droid Informer. This application installer requires 14 MB of free space to work fine on Android 4.0.3 and above. The app was checked for viruses and it was found 100% secure.

Space corsair
13K
It is a 2D game that combines space shooter and RPG gameplay to create an immersive.
1.1

Galaxy Trooper
76
Sector 9, the Galaxy's sole supplier of the precious element Lumite is under attack...
1.5

Bubble Nova
5,3K
Get ready for an action-packed game!
1.2

Aliens vs Pami Free
8
Help girly Pami to scape from the alien invasion at her school by solving basica...