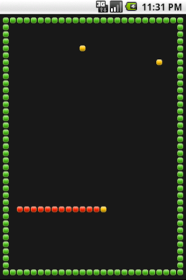 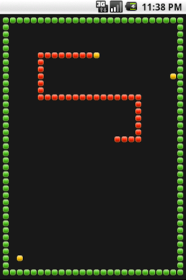 SNAKE TOUCH is a Snake game which supports Android touch screen devices. Based on the Snake game which came with Google Android SDK, and improved to support touch screens. This old school game is currently in a very early beta stage, so expect frequent updates with new features. By downloading you agree to the terms of use.

According to the antivirus report, the app is safe and secure. TECH.ME LTD is the developer of SNAKE TOUCH which can be found in the Arcade Games category. Users rated the game 3 on Google Play.

This application was downloaded and set up by over 10K users and its most recent stable release was on Jan 8, 2011. You are able to download the .apk installation package of SNAKE TOUCH 0.0.3 for free and have a look at users' reviews on Droid Informer. The file size doesn't exceed 97 KB and the app runs flawlessly on Android 1.5 and higher.

Empress of the Deep 2
1,6K
Anna awakens on a mysterious tiny island after escaping the destruction...
1.8

Poopee Animals for kids
461
Touch the animals walking around and make a Poopee.
4.2
.apk

HD Wallpapers and Backgrounds
7,2K
It is the only one application you need to fully customize your device.