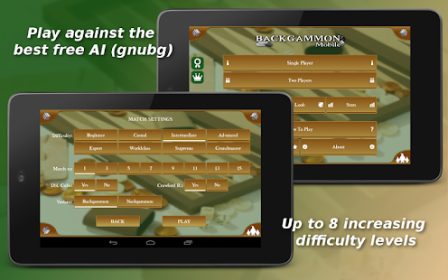 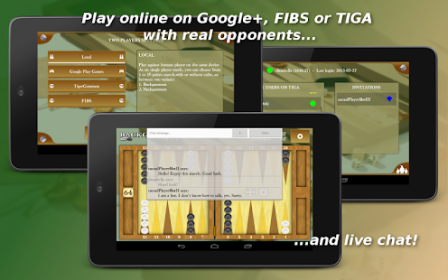 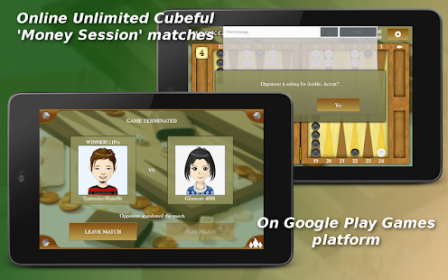 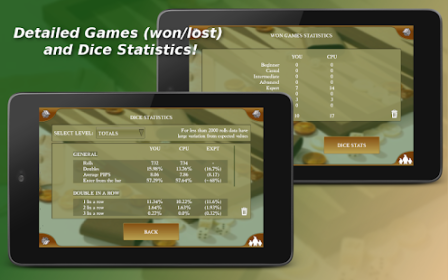 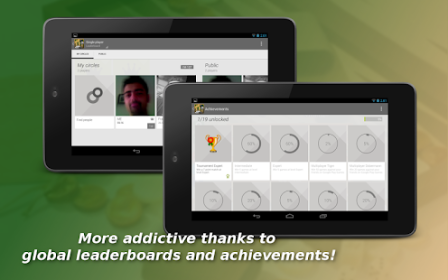 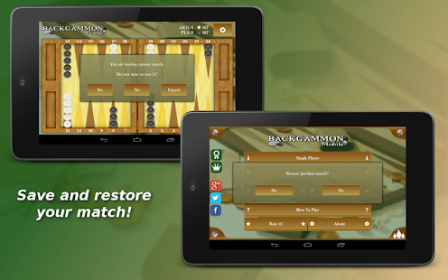 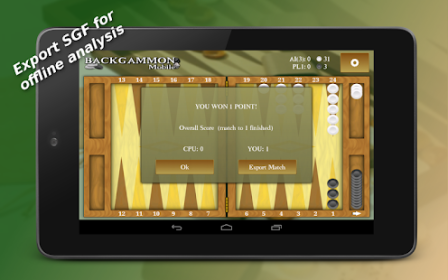 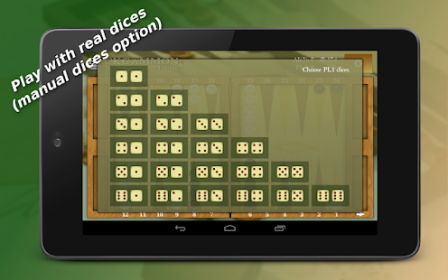 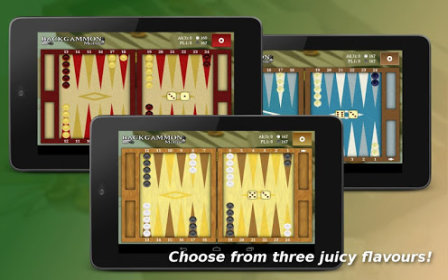 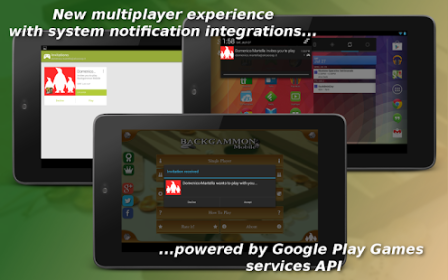 Are you a backgammon master? Are you simply a newbie? Tired of weak AI or cheating rolls? Backgammon Mobile is the game you have to try! NOW available ONLINE GAMING on Google+, FIBS or TigerGammon. Do you think we cheat? Try our new MANUAL DICES feature! Features: Best and smartest FLOSS backgammon AI Full match play + Doubling Cube + Crawford Rule.

Download the .apk file of Backgammon Mobile 3.1.02 free of charge and check out users' reviews on Droid Informer. This setup package takes up 19 MB of disk space and it works flawlessly on Android 2.3 and higher. According to the antivirus report, the app doesn't contain viruses or any kind of malware. Alca Soc. Coop. is the creator of this application which can be found in the Board Games category.

The most recent update of the game was released on Aug 23, 2016 and Backgammon Mobile was downloaded by over 100K users. Google Play shows that the app is rated 3.3 by its users. There are in-app purchases and ads in this application.

Samsung and Acer users download the game quite often.

Users leave reviews saying that the benefit of Backgammon Mobile is a nice interface. As users mention, you can notice frequent ads and minor bugs among the disadvantages of the app.

Backgammon NJ for Android
1,9K
Versatile - Play offline vs. computer or against a friend in 2-player mode.
2.34

Backgammon Masters Free
21K
Want to learn how to play backgammon wherever you go? You are in luck!
4.9.5
.apk

Backgammon Offline
74K
Backgammon by SNG is now available for android mobile phones and tablets with its...
1.1.1
.apk

Backgammon
194
New BG Text: Both the press and customers agree: Backgammon's got it in spades!
2.0

Backgammon For Beginners
19
It is designed with the beginner in mind.
2.1

Burraco Scorekeeper
297
No more paper and pen to record your Buraco matches points!
1.0