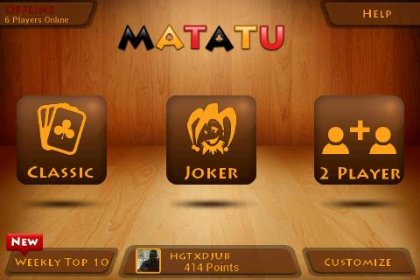 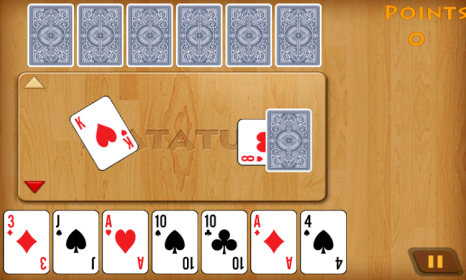 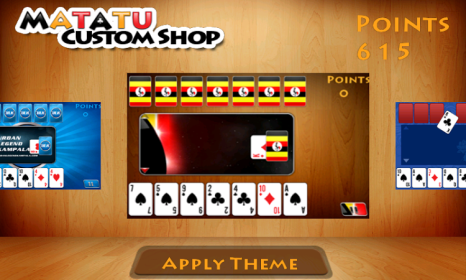 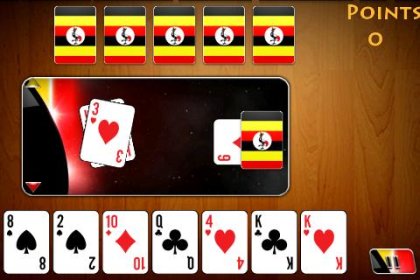 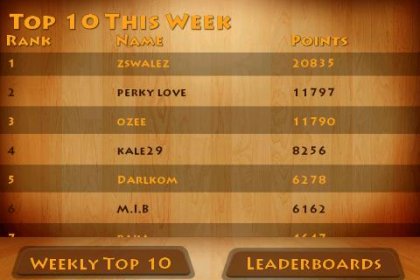 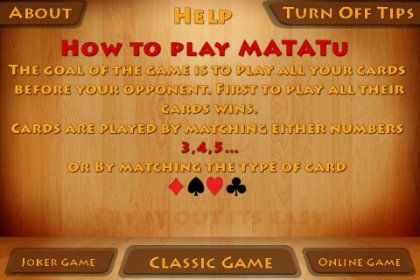 Matatu is a two player card game that has origins in Uganda. The goal of the game is to play all your cards before your opponent. First to play all their cards wins, but don't rush just yet - Many pitfalls follow.

According to the antivirus report, the app doesn't contain viruses or any kind of malware. Matatu has been originally designed by Kola Studios and it belongs to the Card Games category. The game has been downloaded and installed by over 100K users and its latest update was released on Oct 5, 2016.

The average user rating of this application is 4.1. Samsung and HTC users download the app quite often. It's free of charge to get the .apk file of Matatu and you can take a look at users' reviews on Droid Informer. This application installation package requires 6 MB of free space to work fine on Android 2.3 and higher.

Based on the users’ opinions, you can face a cool interface among the advantages of the app.

Solitaire Free
15K
The most ADDICTIVE table card game ever invented - where YOU are your own worst enemy...
1.01

Spider Solitaire
10
It is one of the popular variants of solitaire using two decks of cards.
1.6
.apk

BaCKGaMMoN
19
Here you have the fist version of the amazing game Backgammon a board game...
1.4

Goofspiel
8
Goofspiel, or the Game of Pure Strategy is a simple card game for two or more...