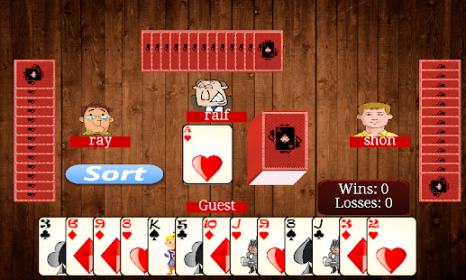 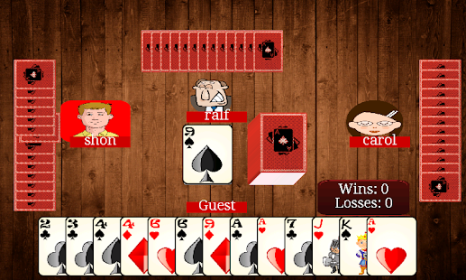 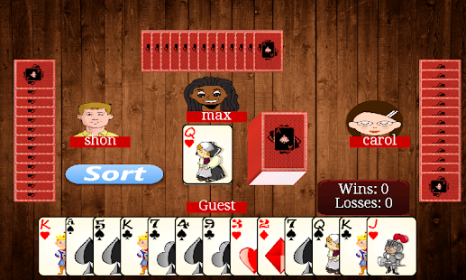 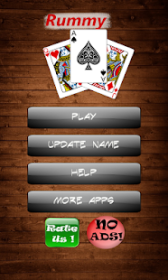 Get Rummy Card game in version for free. You can choose in this rummy to play against one or three opponents. Rummy is a group of matching card games notable for similar gameplay based on the matching cards of the same rank or sequence and same suit.

Shvuta Apps is the official developer of the app which can be found in the Card Games category. Rummy has been downloaded and set up by over 1M users and the latest update was released on Dec 19, 2017. The game is suitable for users aged 14 and older, it has the overall rating 3.3 on Google Play.

This application is often downloaded by Samsung and HTC users. Get the latest .apk file of Rummy 2.2.0 free of charge and check out users' reviews on Droid Informer. You will need 6 MB of free disk space to install the app which is built for Android 2.3 and above. The app has been scanned for viruses and it has been found totally secure.

In users’ view, the big benefit of this application is a simple layout. Some users take the view that you can find such disadvantages of the game as many ads and screen freezes.

Tongits Plus
12K
Tong-its is the most exciting three player rummy game that has become popular...
1.4
.apk

Rummy Znappy
100
The multiplayer Rummy, developed by. Com/ is now available on your phone or tablet!
4.14
.apk

Buraco STBL
195
In Buraco STBL, you need a clean Canasta to knock.
2.0

Drink Recipes
1
This is a traditional mojito recipe.
2.0.25
.apk