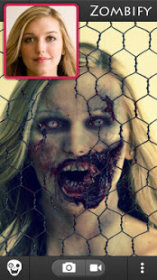 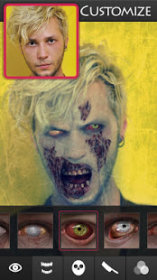 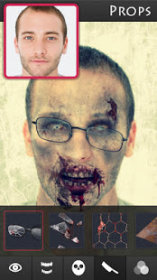 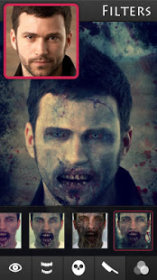 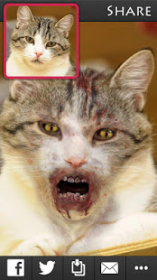 ZombieBooth2 is the sequel to the successful zombie transform app that was downloaded 20 million times. It turns your face into a 3D animated zombie. Scare your friends or even yourself! Features: Stunning special effects for zombie looks just like Hollywood professionals. Tons of zombie parts available with thousands of combinations.

The antivirus report has confirmed that this application is completely safe for usage. TYFFON Inc. is the developer of the app which can be found in the Entertainment category. ZombieBooth 2 has been downloaded and set up by over 10M users and its latest update was released on Dec 9, 2016.

This application has been created for people aged 14 and older, users rated it 4.2 on Google Play. Pay attention to its terms of use as there are in-app purchases and adverts. Samsung and Micromax users like the app.

It's free of charge to get the .apk setup package of ZombieBooth 2 and you can take a look at users' reviews on Droid Informer. This application installation package requires 37 MB of free space to run on Android 2.3 and higher.

Horror Face Maker
475
Have you ever imagined how you or your friends would look as a zombie?
1.8.1

ZombieBooth
139K
How would you look as a zombie? What about your friends?
1.5