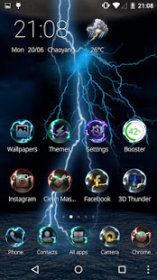 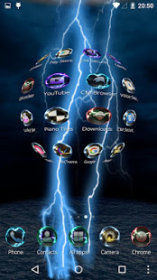 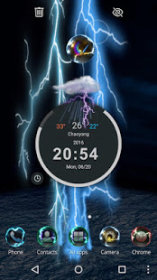 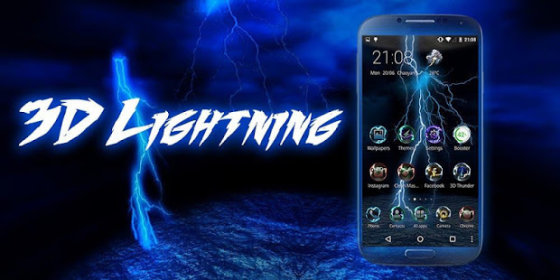 Take the opportunity to download the .apk installation package of Lightning Storm Tech 3D Theme 1.5.0 free of charge and have a look at users' reviews on Droid Informer. The installer takes up 3 MB of disk space and it runs on Android devices 4.0 and above. The app was scanned for viruses and it was found 100% secure. Launcher 3D Pro is the developer of this application which can be found in the Personalization category.

Lightning Storm Tech 3D Theme was downloaded and installed by over 1M users and the latest stable update was on Aug 1, 2016. The app has been rated 4.7 on Google Play. The statistics demonstrate that this application is popular mostly among Samsung and HTC users.

According to the users’ reviews, the definite benefit of Lightning Storm Tech 3D Theme is an awesome design, however, some people suppose that the app has such a drawback as many ads.

Solar Galaxy 3D Theme
6,8K
Everything is new. Customize everything beyond imagination with Solar Galaxy...
1.5.2
.apk

Earth in Space 3D Theme
8,2K
It is a 3D launcher theme which has cool nasa tecnologia live wallpaper...
2.0.26

Alien Spider 3D Theme
6,4K
It is a 3D launcher theme which has alien spider live wallpaper and designed...
2.0.9

Red Blood Skull 3D Theme
4,1K
It is a 3D launcher theme which has iron skull live wallpaper and designed...
1.1.12