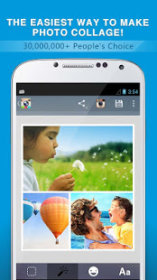 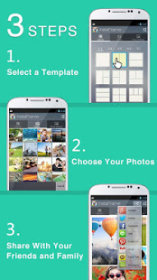 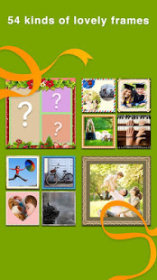 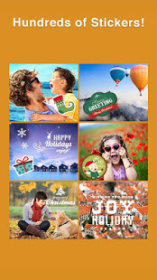 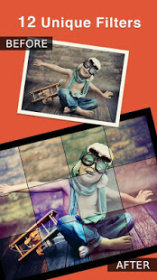 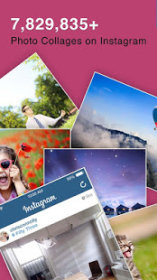 Lipix helps you combine your photos creatively with frames, text and sticker to make great-looking multiple photo collages, share them with your friends on Instagram, Facebook, Twitter, Flickr and Tumblr. Over 30000000 photo fanatics are already having fun using Lipix, join them now! We are excited to announce that InstaFrame has officially rebranded to Lipix.

According to the antivirus report, the tool is safe and secure. This application was originally created by Alpha Mobi Tech and it belongs to the Photography category. Over 10M users installed the app and its most recent update was released on Sep 21, 2017.

According to the latest info, Lipix is rated 4.2 on Google Play. Some in-app purchases and adverts are included into the tool. Samsung and LG users recommend this application.

You can get the .apk setup package of Lipix 1.5.19 free of charge and read users' reviews on Droid Informer. This file size doesn't exceed 9 MB and the app can be launched flawlessly on Android 4.0.3 and higher.

As users mention, you can find such pluses of the app as a good layout and lots of great features. In users’ view, the obvious disadvantage of this application is constant ads.

Birthday
236
Let's celebrate the birthday of your loved one by creating the stunning Birthday...
1.5
.apk

Collagee
206
Are you thinking to create photo collage or pic collage with multiple photos?
6.0.577
.apk

Adobe Photoshop Express
1,5M
PHOTO FUN FOR EVERYONE. Tap into your creativity on the go with Photoshop...

Photo Collage Maker POTO
8,9K
With POTO, you can put multiple photos together in one beautiful collage...