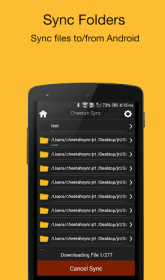 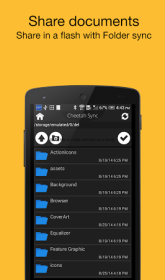 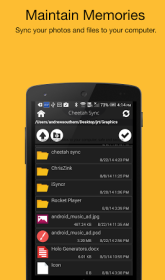 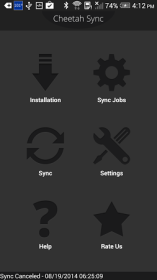 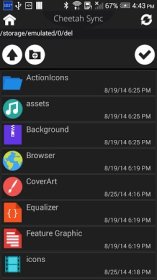 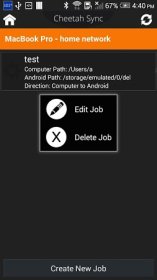 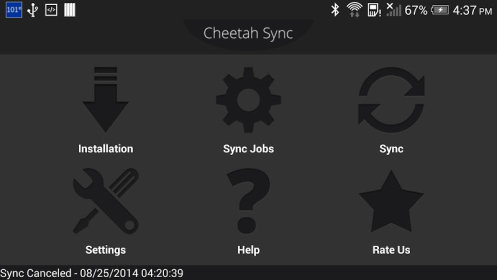 JRT Studio is the creator of the app which can be found in the Productivity category. The most recent update of the tool was released on Jun 8, 2015 and Folder Sync was downloaded by over 100K users. Google Play displays that this application is rated 4 by its users.

Get the latest .apk file of Folder Sync 1.7.8 for free and have a look at users' reviews on Droid Informer. You will need 2 MB of free disk space to install the app which is compatible with Android 2.3 and higher. The security report shows that the app is completely safe.

Based on the users’ feedback, you can notice a clean UI and simple functionality among the pluses of this application. Some users mark that the major disadvantages of the tool are sync issues, poor performance and terrible support.

File Manager
3,7K
It is the most useful and easy to use file manager and file explorer app that works...
2.6.3