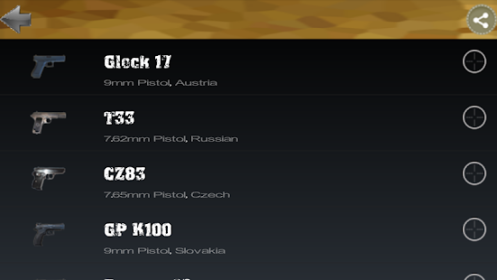 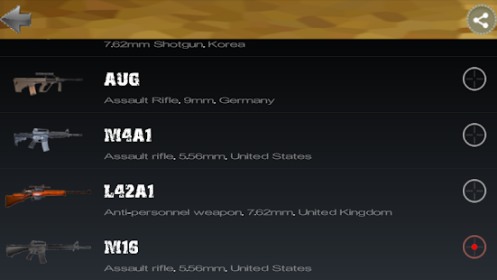 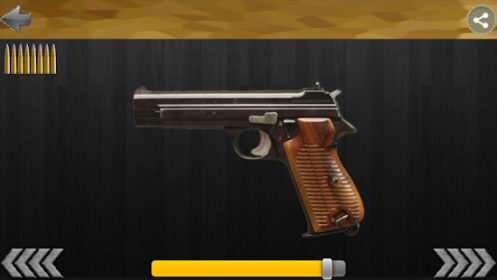 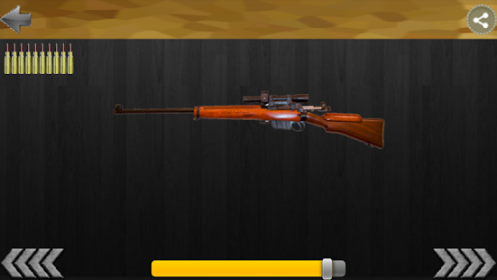 Do you hear guns sound? This app provides realistic simulation of guns shooting sound experience, including the world's popular semi-automatic pistols, assault rifles, silent pistols, sniper rifles, such as glock17、tt33、cz83、m9、p99、 xm8、xm25、l42a1 and so on. You can find the guns of you like in the app, click the screen to fire and scare your friends or family with gun sound.

The antivirus report shows that Guns Sound Simulator is safe. The game has been originally designed by Guns Weapon Simulator and it relates to the Simulation Games category. This application has been downloaded and installed by over 100K users and its latest update was released on Feb 17, 2017.

Users rated the app 3.8 on Google Play. It's free of charge to download the .apk setup package of Guns Sound Simulator and you can check out users' reviews on Droid Informer. This application installer requires 14 MB of free space to run on Android 2.3 and higher.

Based on the users’ reviews, you can find many ads among the drawbacks of the app.

Weapon stripping NoAds
532
This is NoAds version. This game is a gun simulation wich allows...
3.284
.apk

Guns
30K
Now 65 guns in one app. One of the most downloaded applications about guns.
1.1.3