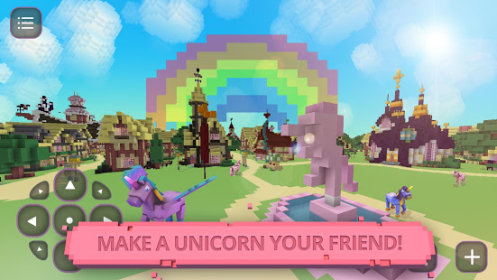 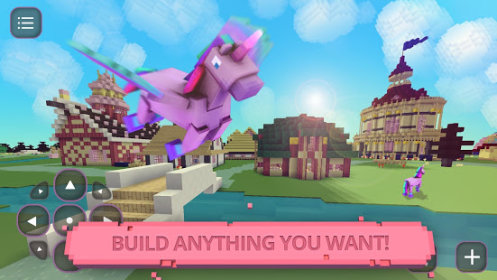 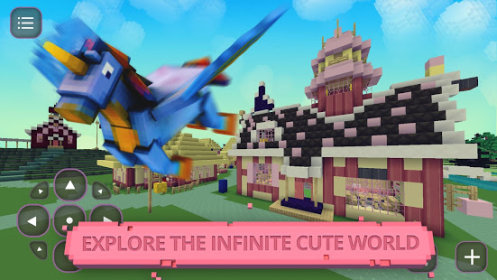 Building & crafting girl game with unicorns! Use your magical powers of imagination to build your own house, castle, or even a city! Crafting & building games for girls to play. A blocky world of creativity, sweetness and fun! Girl games, dress up and make up, aren't the only fun things to do on your smartphone!

The antivirus report has confirmed that this application is totally safe for usage. Tiny Dragon Adventure Games: Craft, Sport & RPG is the creator of the app that can be found in the Simulation Games category. The most recent update of the game was released on Dec 28, 2018 and Unicorn Girl Craft Exploration has been set up by over 1M users.

This application is created for people aged 10 and older, its overall score is 4.1 on Google Play. Keep in mind the important detail: ads are a part of the app and it offers in-app purchases. Download the .apk setup package of Unicorn Girl Craft Exploration 1.10 that is free and have a look at users' reviews on Droid Informer. The file size of this application is 43 MB.

Users leave reviews stating that there are several drawbacks, they are many ads and bugs and glitches.

London Craft
46K
How about tasty fish & chips during a long ride on London Eye?
4.1.9
.apk

DinoCraft Survive & Craft
29K
Dive into the world of prehistoric times with dinosaurs nearby in DinoCraft...
1.0