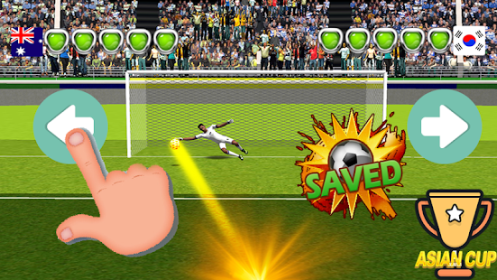 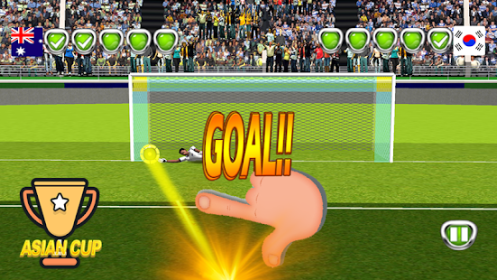 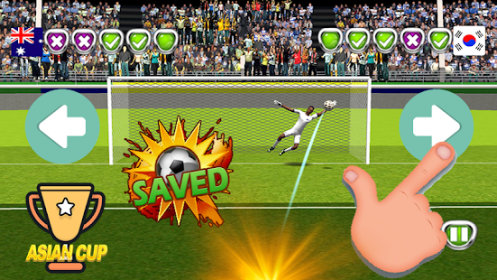 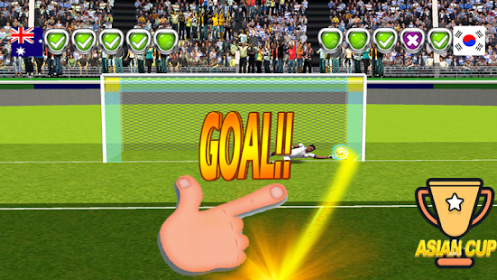 If you are a football fans from Asian, you will love this Asian Cup Penalty Shootout football game, Help your favorite team to win the football asian cup! You can choose any team participating in The 2015 AFC Asian Cup tournament. Defeat selected opponent and move up in the rankings!

According to the antivirus report, the app doesn't contain viruses or any kind of malware. JustDu Game is the developer of Asian Cup Penalty Shootout which can be found in the Sport Games category. The latest update was on Apr 28, 2017 and the game was downloaded and set up by over 1M users.

The overall score for this application is 4 on Google Play. You can get the .apk installation package of Asian Cup Penalty Shootout 1.2 free of charge and have a look at users' reviews on Droid Informer. The file size doesn't exceed 19 MB and the app runs flawlessly on Android 2.3 and above.

Euro Championship Penalty
1,3K
Football, or somewhere known as soccer, is the most sideshow in the world.
1.02

GCC Club Cup
8
It is the new edition of the GCC Champions League which comprises of the GCC clubs...
1.02

Ricardosoft Soccer Cup
33
It is a soccer game. The tournament involves 32 teams competing for the title.
4.0

Versus tournament
282
The perfect app to organize casual tournaments, with up to 256 participants.
1.0.2