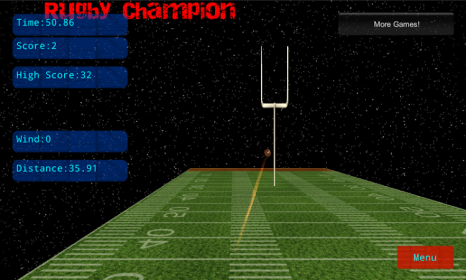 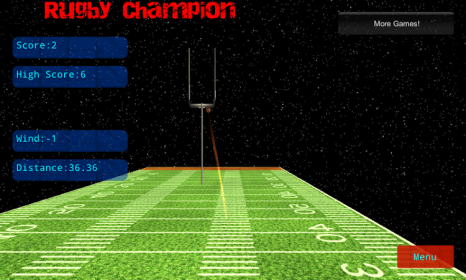 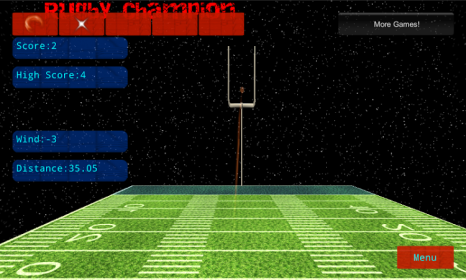 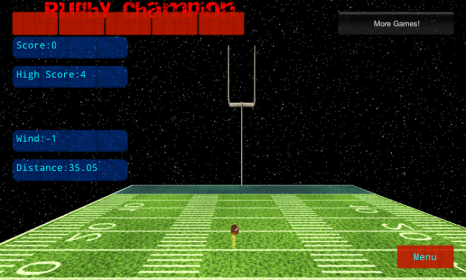 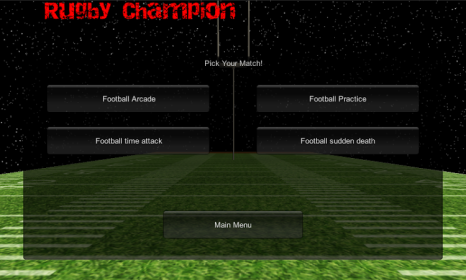 Are you from a rugby champion nation? Do you love football flick games? Get this rugby champion game and flick your way to the top of the competition! Four game modes will have you filling your time in between football kicks and flicks and throws. Football Arcade.

The antivirus report reveals that the app is totally safe. Rugby Champion Football Game has been originally developed by Mad Elephant Studios Sports Fun Games and it belongs to the Sport Games category. Google Play displays that the game is rated 3.6 by its users.

Over 10K users downloaded and installed this application and the latest update was on Jan 10, 2014. The app shows adverts. Download the .apk installer of Rugby Champion Football Game 1.0 for free and check out users' reviews on Droid Informer. The setup package requires 24 MB of disk space and it works flawlessly on Android 2.3 and above.

US Army Sniper Survival
187
Be the Army sniper commando and shoot the enemy to defeat and survive...
.apk

Soccer Ball Knockdown ⚽️
139
The goal of the game is to use soccer balls knockdown all the targets so...
2.0

PinKnockdown
900
It is feel fine to Knockdown pin! Pin were arranged in a line.

Football Games
667
When all you want from your football/soccer game is fun arcade action.