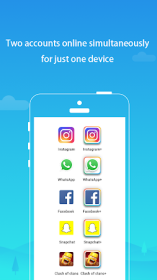 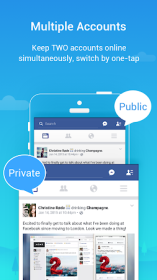 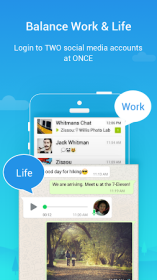 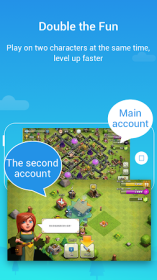 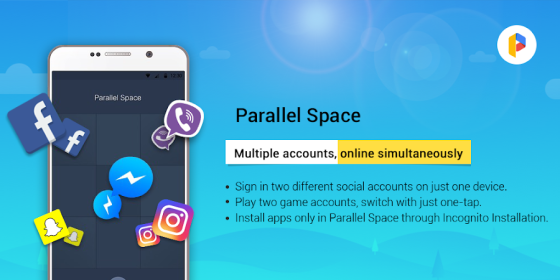 As one of the top-ranked tools on Android, Parallel Space helps more than 90 million users log on multiple accounts at the same time on one device and highlight their own style. It also protects user privacy by making apps invisible on device with the Incognito Installation feature.

The antivirus report shows that this application is completely safe. The app has been originally developed by LBE Tech and it is included in the Tools category. People rated Parallel Space Pro - 4.3 on Google Play.

The most recent update was on Jun 3, 2019 and this application was downloaded and installed by over 1M users. Pay attention to its terms of use as there are in-app purchases and adverts. Get the .apk setup package of Parallel Space Pro - 4.0.8802 that is available for free and have a look at users' reviews on Droid Informer. The file size is 10 MB and the app is built for Android 4.0.3 and higher.

Parallel U
3,9K
It is a Top Free and simple tool for your multiple accounts like whatsup.
1.0.18

Clone Yourself Camera Pro
1K
Have you ever been bored that there is only one of you?
1.15

Photo FX Photo Editor
17K
The App. Pictures have no meaning without effects.
5.0.6

APager PRO
728
If you have any questions or experience any errors.
1.1

New Year Photo Collage
1
Are you getting ready for New Year's party?

Parallel Space Lite－Dual
337K
Do you have two accounts for instant message applications.
1.0.3422

Meet U Get Friends
7,4K
Meet You is a great platform which bringing together tons of people who all share...
1.0.3253

Blue Light Filter
1,4K
Eyes feel weary at night when are you reading on your smartphone?
1.0.3034

Parallel Space Pro 64 Support
4,1K
As one of the top-ranked tools on Android.