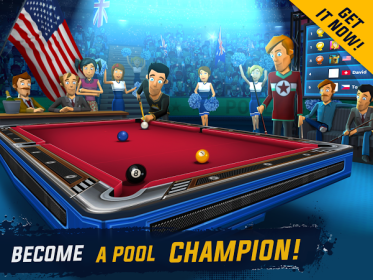 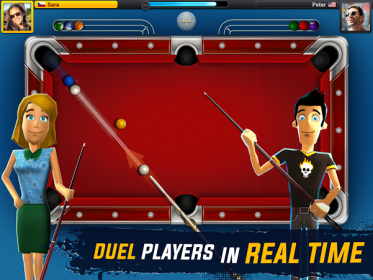 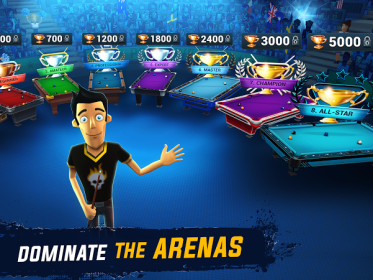 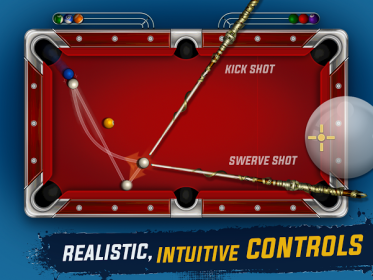 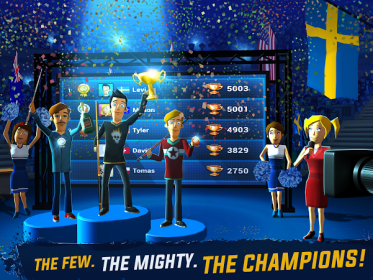 Stake your claim in the pantheon of pool epicness in this real-time, multiplayer pool hit where you battle to the top of the leaderboards to stand as the one true pool Champion! Play now for free! Accumulate trophies and progress through the ranks as you unlock new cues, mini games, and tables for you to play pool at with increasing competition and difficulty.

The antivirus report has confirmed that the app is completely safe for usage. Pool Live Tour is created by Geewa and its category is Sport Games. The most recent release was on Aug 2, 2017 and the game was downloaded and set up by over 0,5M users.

This application was rated 4.5 on Google Play. Keep in mind advertisements and in-app purchases while downloading the app. Get the free .apk file of Pool Live Tour 1.5.2 and check out users' reviews on Droid Informer. The installation package occupies 64 MB of disk space and it runs on Android devices 4.4 and higher.

Epic Pool
1,1K
This is not just a pool game! Get ready for some fun arcade trick shot puzzles!
3.28
.apk

Snooker Knockout Tournament
2,9K
The ONLY FREE Snooker game that offers so many features and game modes!
4.82

Snooker Stars
135K
Try out the most realistic Snooker game on mobile!
1.0

Pool Ace
13K
It is born for true billiard enthusiasts.
1.7

8 Ball Billiard Pool
281
It is an amazing online pool game that features both online as well as player...
1.3

World Pool Online
2,8K
It is a virtual take on the classic 8-ball billiards game.