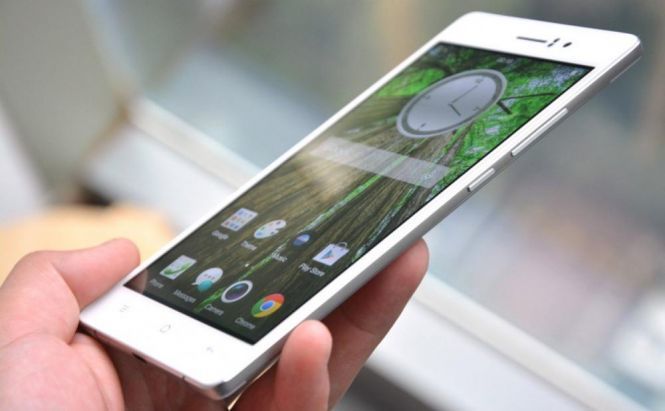 Having made a name for itself in the tech world mostly with unusual designs of devices, the Chinese manufacturer Oppo has finally introduced a phone claimed to be the slimmest handset in the world.

Measured just 4.85mm front to back, the new Oppo R5 has surpassed the 5mm-thick Gionee Elife S5.1 that was recognized the crazy-thin smartphone just a month ago. Although the price of the phone has already been announced ($499), its availability details still remain concealed. The Oppo R5 features an all-metal body with ceramic finishes at the corners wighting 155g, comes with a 5.2-inch full-HD AMOLED display that offers a pixel density of 423ppi, and spots a 13-megapixel rear camera with Sony IMX214 sensor. So, despite its slimmest metallic body the phone packs a handful of goodies and runs Android 4.4 with Oppo’s own custom UI on top. Natheless, the model is so thin that you won't be able to use the familiar 3.5mm audio jack adapter, but will have to apply a bundled micro-USB adapter or Bluetooth instead.

Previous story Rumor: Samsung Galaxy S5 Will Get Android Lollipop in December Next story Major Announcements by Samsung Including a 360 Degree 3D Camera