If you were looking for the best ways to record the calls that you make and receive on your Android smartphone, you've come to the right place. 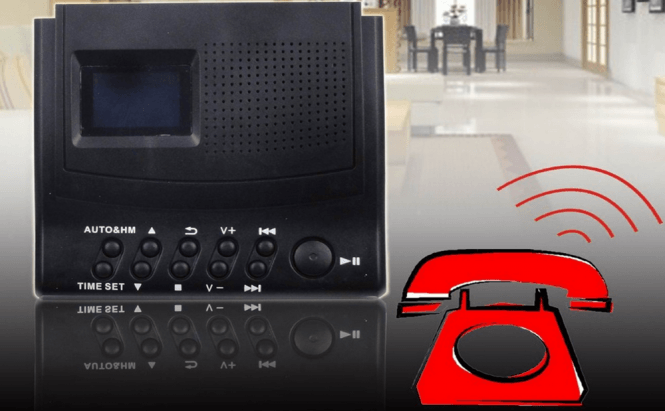 There are many situations when recoding a phone call can be a really smart thing to do. The best examples are those when people receive threatening or harassing calls and need some way to prove what's been happening with them. Of course, there are less dire situations when you simply have a bad memory and keep forgetting what you talked about, or when you want to prove to your significant other that they have actually said something that they are trying to deny later on.

Fortunately, as this is the smartphone era, recording a phone call is much easier than it used to be. All you need is the right app, and you're set to go. Just remember that in some countries, you are legally bound to have the consent of both parties before being allowed to record. Also, using the obtained audio file for blackmailing or other actions of the kind will most likely end up badly for you. However, if you want to find some good tools to help you record the conversations that you have on your Android phones, here are some of the best that I know of. RMC (Record My Call) is one of the best call recording apps on the market. The application is capable of automatically preserving both the incoming and outgoing calls, offers advanced renaming functions, and can save the records on your phone's memory card as well as upload them on Google Drive or Dropbox. The biggest disadvantage for RMC is the fact that it can only record the sounds coming from your microphone. This means that if you don't enable the speaker mode during the call, it will only record your voice. I know this seems highly inconvenient, but sadly it is true for most of the Android apps of this kind. To download RMC: Android Call Recorder or for more information about it, click this link. Call Recorder - ACR is one of the most popular recording apps on the market and also my personal pick. This tool provides a huge amount of handy features such as automatic recording for both incoming and outgoing calls, grouping the recordings by the date when they were created, enabling you to protect the output files with passwords or allowing you to create a list of numbers whose calls won't be recorded, etc. Furthermore, the application also has a paid version which offers Dropbox, Google Drive and WebDEV integration as well as the possibility to automatically send the recordings to your mail. As far as I'm concerned, the best thing about Call Recorder - ACR is the amazing effort that its developer is putting into solving problems and helping out his customers. It's something that you don't see that often so I think it is praiseworthy. To check out the app click here. This app used to be pretty great if you were the proud owner of a device capable of using it. As you've probably figured out from its name, Galaxy Call Recorder is designed to work with Samsung Note and Samsung Galaxy handsets. In all fairness the device compatibility list is a bit longer, so if you want to check out if your device is supported, visit this link (you can also download the app from there). This application uses the Android Standard API to make two-way recordings, so it will save both your words as well the voice of the other party. In terms of features, the tool can be set to record calls both automatically and manually, can work with SkyDrive, offers Google+ integration, is capable of splitting large recordings into small files, etc. The problem with the new version of Galaxy Call Recorder is that certain antivirus programs see it as virus infected. Even though its developer assures us that it is not, I have no concrete proof to say that it's either infected or clean, so be cautious when deciding if you want to install it or not. Call Recorder is a fairly simple, straight-forward tool. The app is capable of automatic recording of all your incoming and outgoing calls and can save the sound coming from both the parties involved in the conversation. As far as features go, this application doesn't offer that many, and the only thing that you can do besides the standard stuff (enabling / disabling automatic recording, listening to the files or deleting them) is to mark certain recordings as important so they don't get deleted by accident. From my perspective, the fact that you have to pay for the Pro version of the app in order to be able to share your recordings is quite a big disadvantage. An actually neat function that can be found in the pro version is a confirmation dialogue which asks you at the end of each call if the audio log should be kept or deleted. To check out or download Call Recorder, click here. Another simple call recording application, All Call Recorder will get the job done without any unnecessary fuss. This app registers incoming and outgoing calls and saves them as 3GP files. The tool enables you to share the audio files that you create via e-mail, Dropbox, Google Drive, SkyDrive, YouTube, Facebook, etc. Furthermore, you can also lock your sensitive files with passwords to keep them away from prying ears. To download the app click this link.