Unsure what to choose between Google Home or Amazon Echo? Let's find out together which of the two smart speakers is best suited for your requirements. 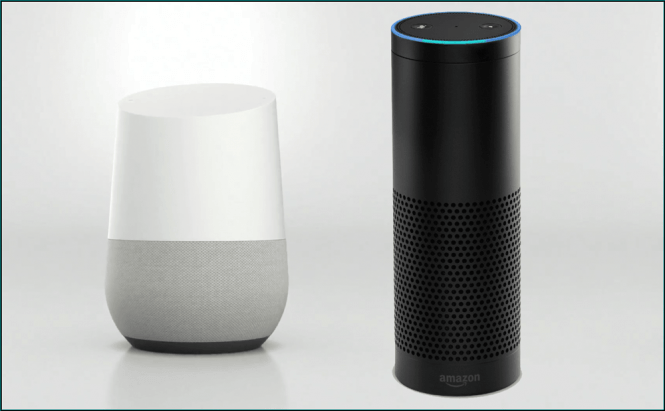 It's been a while since we've been living with smart speakers in our homes, so we've had enough time to get to know their strengths and weaknesses. Without doubt the two most popular devices of this kind are Amazon Echo and Google Home, but there's so little that separates them that it's hard for would-be customers to choose which one is best for them. Here's a comparison between the two smart devices that might help people make a more informed decision:

As far as music-playing and other entertainment-related tasks are concerned, the two devices are almost similar, but I would give a slight edge to Amazon Echo. In my experience, Amazon's smart speaker offers a slightly better sound quality and supports almost every music-streaming service that's currently on the market. As I said, Google Home is pretty close by, so most people may not really feel the difference, but there are times when small details make a big difference. The Amazon Prime integration might also be an important factor for frequent online shoppers.

While Google Home is relatively fresh, Amazon Echo is at its second generation which gives it a big advantage. For starters, Amazon's device is capable of communicating with a very broad range of smart devices from lightbulbs to ovens and air conditioning units. Additionally, the Alexa-powered device also has about 15,000 downloadable Skills, which extend its functionality and even though a vast number of them may not be very handy, having the speaker order a pizza or call you an Uber is definitely useful. On the other hand, Google Home is far better suited for business users as it includes Google's extraordinary searching capabilities as well as integration with the Google Calendar and some other services. I also expect Google's speaker to get better in time, so ultimately it's all about what you need more: control for smart devices or a more convenient way to make use of Google's services.

Finally, there are people who like having a wide variety of choices and if you're one of them, then you're surely like Echo more. Besides having more than 15,000 skills that you can download as needed (as previously mentioned), Amazon also offers a wider range of smart speakers to choose from including Echo Dot, Echo Tap, Echo Show, Echo Spot, Echo Plus, etc. each with their own little quirks. On the Google side of things you can only choose between the regular speaker, the Mini version or the Home Max edition, which is still good, but not as diverse.

There you have it friends, here are the pros and cons of Google Home and Amazon Echo, so hopefully you'll have an easier time choosing between them. From my perspective, Amazon Echo is currently the better device, but I believe Google's speaker has more growth potential, so ultimately it's up to you to decide which you value more. Nevertheless, I would recommend learning how to get the most out of Amazon Echo, so that you can get your entire money's worth from your purchase.