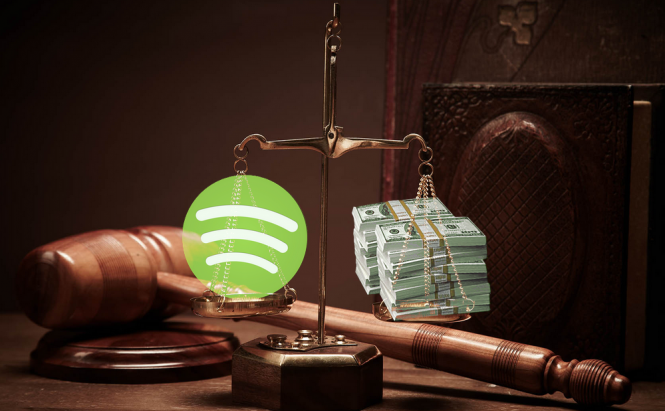 After relatively recently agreeing to pay somewhere around $43 million to settle a proposed class-lawsuit brought against it by a union of songwriters, Spotify is now facing an even bigger legal issue: it has been hit with another copyright-related lawsuit by a company called Wixen Music Publishing. However, this time, the plaintiffs are asking a Californian federal court for the whooping sum of $1.6 billion in damages. Here's more about it:

According to Wixen Music Publishing, Spotify has been streaming music created by The Doors, Neil Young or Tom Petty for a long while, without having a proper license to it and without compensating the publishers. In the case made to the court, the company states that prior to its launch, the music giant struck deals with most of the major labels, thus obtaining the copyright for the sound recording. However, the Swedish music streaming service didn't acquire the composition rights, which helped it build its billions dollars business. Spotify declined to comment on the matter, so I guess we'll find out more either in court or in an other settlement, which will likely be very costly.

Spotify has recently hit more than $60 million paying subscribers, being valued at approximately $20 billion, so it's not like it will go bankrupt, even if it's forced to pay the entire sum. However, a potential $1.6 billion loss might help competitors such as Apple's Music service close the gap between them and the Swedish service.