Here are the best apps to help you watch movies and videos on your Android device. 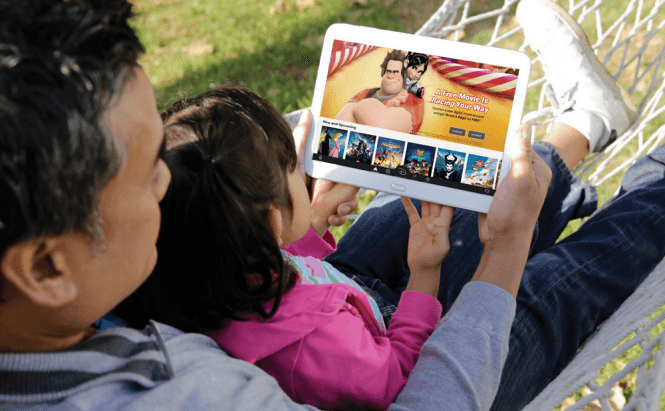 A lot of people watch movies on their smartphones or tablets. It's comfy, easy to navigate and can be done anywhere, even while you're on the move. The bad news is that the standard video player that Android provides doesn't always cut it, and there are many times when you find yourself looking for a better solution, but not knowing which one to pick. This is why I've decided to make a list with the top seven video playing apps that you can currently find on Google's Play Store. I'm sure that anybody who's had a PC for a while is familiar with BSPlayer or at least the name of the application, as it's been one of the most popular video players in the world for quite a long time. The good news for Android fans is that the same company also makes the BSPlayer app, a reliable solution for watching movies on mobile devices. This app can work with a wide range of video formats, supports both ARMv6 and ARMv 5 devices, allows you to stream videos and is optimized to take full advantage of both single-core and multi-core processors. This video player won't work that great on low-end devices and its interface seems a bit old-fashioned, but it's still a tool worth trying out. The app comes in two versions: BSPlayer Free and BSPlayer, but the free version offers the core functionality that most people need, so I suggest going for the paid application only if the ads really bother you. Feather is another decent solution for watching videos on your Android devices, but I'm not thrilled about the fact that it only supports a relatively small number of formats. On the plus-side, the application's interface is great, being easy to control and allowing you to completely remove the playback controls while in landscape mode. This app focuses on simplicity, so if you want a feature-rich player, you may not like it, but the trade-off is that it works better than most on low-end devices. MoboPlayer excels by being one of the most stable video players in the Android environment. The application offers support for subtitles, allows you to stream videos, and its free version offers enough features to satisfy regular users. What's really cool about this app is that it can work with pretty much any format. In case you encounter some kind of compatibility issues, just switch to software rendering, and you should be fine. When I tested MoboPlayer I found a couple of weird tings: for some reason, the free and paid versions of the app have completely different interfaces, like they're not even the same application, and there were a few cases in which the free version was able to work with formats that the paid version couldn't open. Another popular name on the video players market, MX Player's Android app is an effective solution for watching movies on your mobile device. This application offers a few interesting and handy features that you won't find in many others. For example, there's a kid lock which ensures that, when your kid watches movies on your phone, he or she won't be able to mess up any of your configurations. The tool doesn't only offer support for subtitles, but also allows you to control them with gestures. Lastly, you can add tons of plug-ins to the app, so figuring out which plug-in you need or like may take some time, but having too many options should never be a problem. VLC for Android is just as good as its PC version, which makes it my favorite solution for watching movies on smartphones and tablets. Just like its version for other platforms, VLC Android app supports almost every format you can find, so compatibility shouldn't be an issue. Furthermore, this application works with multi-track audio, shows subtitles, lets you create playlists for your binge-watching needs and provides gesture controls for the volume, brightness and seeking. DicePlayer is another great video player that deserves a shot. This application doesn't have a lot of features, but it's easy to use, supports subtitles, provides hardware acceleration and works with numerous formats. What's unique about DicePlayer is a feature called POP-UP Play which creates a small floating overlay player so that you can use other apps while watching your video. Moreover, the overlay window can be moved to any part of your screen and be resized, so it will never get in your way. RockPlayer 2 is a decent tool that will allow you to watch videos and movies on your mobile device, no matter what format they're in. As far as advantages go, the app offers support for subtitles, allows to play streams, and lets you share your files with other Android or iOS users (as long as they also have the application installed). If you're want to know the disadvantages, well, they are not that many, at least not objective ones: the app's interface is not my personal favorite (but that doesn't necessarily mean that it's bad), and I've seen people complain about bugs, but haven't encountered any while testing it out.

Now that you know what the best video players to use on Android devices are, you might also want to check out the top 10 video players for Windows or read about the best alternatives for Android's standard music player.