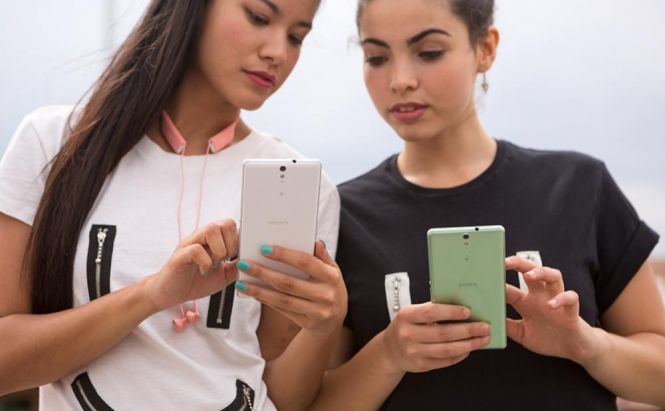 Sony has unveiled two new midrange smartphones, the Xperia C5 Ultra and the Xperia M5, whose main aim is to awe-inspire the most avid selfie-takers. While both handsets are camera-focused, the new Xperia C5 Ultra features 13-megapixel Exmor RS front and rear cameras that come with LED flash modules to let anybody shoot like a pro. More than that, the front-facer comes with a 22mm wide-angle lens, which helps fit more people, and the rear camera provides a 25mm wide-angle lens with an 80-degree field of view.

Alongside the cameras, the Xperia C5 Ultra also boasts video and image stabilizers, a 4x digital zoom, full-HD video recording, as well as geotagging and auto-scene recognition. The smartphone has a 6-inch 1080p display, 2GB of RAM, a 2,930mAh battery and runs on Android 5.0 Lollipop. The second coming Sony's handset, the Xperia M5, is smaller with its 5-inch 1080p display, but more powerful presenting MediaTek Helio X10 processor and 3GB RAM. The device comprises a 13-megapixel front camera and a 21.5-megapixel rear camera that can capture 4K video. Much like Sony's Z smartphones, the new Xperia M5 is waterproof and features a capless USB port.

Although the price is yet to be known, the pair is going to appear on the market starting from mid-August.