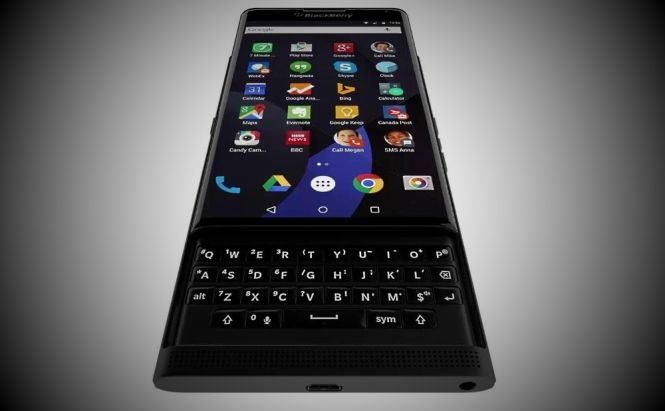 According to a tweet posted by the well-known leaker Evan Blass, Blackberry Venice will hit the markets in November this year and (in the US) will be available through all four major carriers. The leaked material shows that the device is powered by (probably a modified version of) the Android Lollipop operating system and that it indeed features a slide-out keyboard. Unfortunately, I can't give you an exact launch date and I don't have any information regarding the price of the product, but there are a few other interesting things I can share with you. For starters, the images posted on Twitter show the phone accessing the Google Play Store which makes it clear that the phone will be powered by Android. However, the real question is how modified will this version of Lollipop actually be? The photos show that the list of apps contains names like Bing or WebEx which makes me think that the phone will come with some preinstalled bloatware. Another thing I'm curious about is the e-mail app which seems to be a part of the device's main selling points. As far as technical specs go I don't have anything official (so the image to the right is based on rumors and speculations), but from what I've heard, the handset will feature 5.4 inch curved display with a 2560 x 1440 resolution, a 18MP rear camera and a 5MP front-facing one. Under the hood there should be a 64-bit 808 Snapdragon processor (hexa-core) and 3GB of RAM. Once again, if any of these specs will be officially confirmed, I will let you guys know, but until then they should be regarded as nothing more than rumors.