I am going to list some of the best and most beautiful apps that help you "manage" yourself and your time. 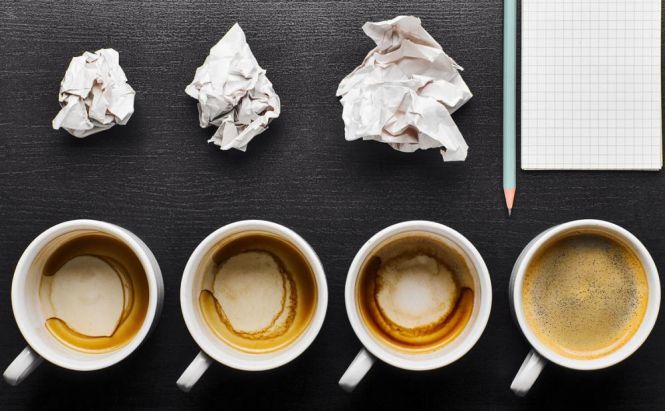 Are you keen on always knowing your daily tasks and to-do lists? Applications designed to help users with these always sounded boring to me, but the competition on app markets has been pretty tight, so the tools kind of transformed into something hipster-y (read well-designed and intuitive). I initially missed the moment when that happened, and I've never been neither organized nor inclined to become organized, but now might be the time to re-consider. Since I own an Android device, I am going to list some of the best and most beautiful apps that help you "manage" yourself and your time. Why don't I start with the most obvious example, which is something you may already have installed on your device - a solution from Google called Google Keep. Everything is stored on the cloud allowing for easy access not only from your Android device (including wearables) but from the Web, too. You can add whatever you wish, like photos, plain-text notes and lists; or, what I like even more - you can simply record yourself listing whatever you want, and Google Keep will transcribe it for you. Add colors to your lists and notes to visually separate tasks in whatever way you feel works for you. You can easily assign locations to your reminders, which is quite comfortable. This app looks and feels more "professional" to me, which is not something I'm into just because I'm nowhere near being a project manager. But while I'm looking for something overly simplistic, you might be going in a different direction. Todoist has come a long way to become what it is today, and the list of features it is offering is quite extensive. Like any other great tool of the kind, it offers easy synchronization across your devices (13 platforms are supported) and your data is synced to the cloud. Media content can be played/displayed from within the app; you can add sub-tasks, priorities, colors and much more to your lists. Obviously, notifications are supported, although the most comfortable ones - push notifications - are only available through in-app purchases.

Any.do works perfectly for me, for it can be both a professional or personal tool. I was convinced it was an app I would be interested in after watching their promo, and it did live up to my expectations. The feature that makes it stand out from the rest of the apps listed here is that your day starts with a so-called Any.do "Moment", which guides you through your daily chores and plans allowing you to make some quick adjustments on the spot. Other than that, everything that is true for the other applications I mentioned applies here as well. The last app I'm going to cover is called Wunderlist; it looks beautiful and pre-organized from the get-go. The app is also available for a lot of platforms and there's a Web version, so you don't have to worry about its availability for your devices other than Android. After going through a lot of apps of this kind, I find them very similar in functionality, which makes me think I must take my pick based solely on the design. Wunderlist's design is quite good, and I'm considering keeping it. If you are having problems making up your mind about the app - ask your family and friends whether they use an app for this purpose, because that might be a deal breaker. These apps allow you  to collaborate on your tasks, but that usually requires the other person to also have the app installed. If nothing else helps, go for the design.