If you're the proud owner of a Samsung Gear VR Headset, here are some of the best games that you can currently play on your device. 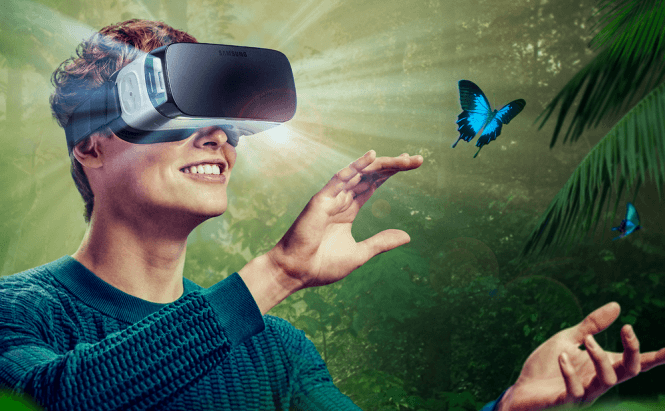 VR games are the next step in entertainment; they completely immerse the user into a different world, which is actually great since it's exactly what most consumers desire. When it comes to virtual reality headsets, Gear VR is one of the most affordable products out there, which also makes it one of the most popular. This is why I've decided to compile a short list and show you some of the best games that you can currently play on Samsung's VR device.

Anshar Wars 2 is one of the most spectacular space shooters available on Gear VR, but you will also need a good swivelling chair to play it the right way. In this game, you control the direction in which your ship is moving by using head movement, while the shooting is done from the headset's touchpad or from a controller connected to the device via Bluetooth. As you can see in the video below, the game's got some great-looking graphics, so you can bet that it's going to keep you entertained.

Keep Talking and Nobody Explodes

Keep Talking and Nobody Explodes is a game that's already pretty popular, but in virtual reality the experience is even more intense. The game works like this: the player with the headset on is the one that sees the bomb; the goal is to explain all the puzzles that need to be solved in order to disarm your bomb to the friends who you're playing with. If you don't find a way to communicate efficiently, the bomb explodes; if you make a mistake, the bomb explodes; if your teammates aren't fast enough in finding the solution, the bomb explodes, so you can see why Keep Talking and Nobody Explodes is considered one of the most fun and adrenaline-filled games on the market.

The VR version of Smash Hit offers a truly great experience for its players, especially from a visual standpoint. In this arcade game you will control your movements by tilting your head and although it may take a while until you get the hang of it, once you do, it can actually be quite relaxing. The object of the game is to smash objects using a ball and if you manage to obliterate all the items, you will get extra balls in the next level. If you would like to test your skill of breaking things in a well-designed virtual-reality, Smash Hit VR is probably the best game for you.

Games about hacking aren't everyone's cup of tea, but I can tell you for a fact that Darknet is a lot of fun to play. In this game your job is to make as many Bitcoins as possible and create some mayhem by spreading a virus through the nodes of a network. While in the game's environment you will hear a voice guiding your actions and telling you what you need to do to bring the system to its knees. What I like about Darknet is that unlike many other VR games, it doesn't rely just on graphics to dazzle and captivate the player, but instead it uses its interesting gameplay to do so.

We couldn't make a list about the best games on Samsung Gear VR without including a horror game now, could we? So, if you like that feeling you get when your heart starts to race and fear pumps your veins full of adrenaline, then you must try out Dreadhalls. This game is quite creepy and its makers really know how to build the suspense. As far as the game action goes, I will tell you that you will spend your time exploring some dark dungeon halls and praying that you don't run out of lamp oil. Oh, I almost forgot to tell you: don't forget to look behind you.

One of the best things about virtual reality is that it can make you feel like you're actually visiting some wonderful places and that's exactly what Land's End is banking on. This puzzle game may not offer a real challenge, but the sceneries that it provides make it worth your while. If you need some more details about the gameplay, there's a backstory that's mysterious enough to keep you going and you will advance through the stages of the game by gazing at the right spots.

Last on out list is another action-packed space shooter called Gunjack. The game's action is a part of the EVE universe, but to be honest, it doesn't look as great as its "brother" Valkyrie. However, that doesn't mean that it's not tons of fun to play. The gameplay mimics the one of a traditional arcade shooter and the aim will be based on the direction that you're looking to. As you advance into the game, the levels will become more and more difficult, so you will quickly get hooked playing it. I especially liked the fact that the window that you look through gets cracked as the other ships hit you.

If virtual reality games is a subject that interests you, you might also want to check out some of our older articles such as: "Top 6 VR games for iPhones" or "Check out Dragon Front, the first card trading game for VR".