It seems that Niantic is planning a huge Pokemon Go summer event with new in-game mechanics, real-life gatherings and more. 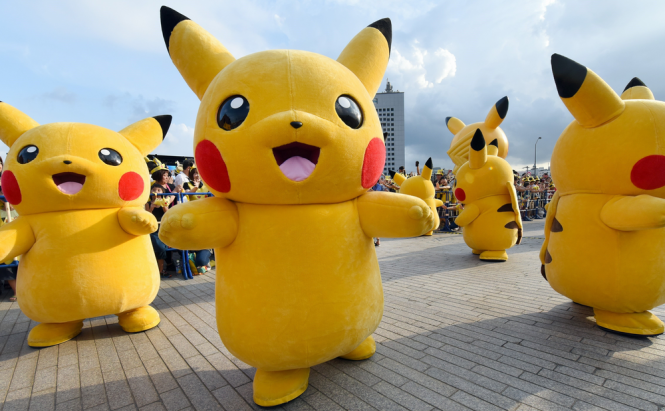 According to a recent interview given by Yoshiji Kawashima General Manager and Kenji Suka General Marketing Manager for the Asian division of Niantic to a Japanese publication called K-Tai Watch, the company is preparing a huge Pokemon Go event for this summer. Unfortunately, the interview is in Japanese and I haven't found a fully translated version yet, so some details might be missing, but from what I understand there will be new in-game mechanics, real life events and more.

The biggest thing that I took away from the interview was the fact that Niantic is trying to partner up with more local governments to organize real life events that will attract the massive amount of players to poorer places or areas that are trying to recover after a natural calamity has affected them. Seeing how the Pokemon GO Lapras events that were recently organized in tsunami-affected regions of Japan proved to be a huge success, it's easy to see why both the company and the local authorities would have a shared interest in organizing such massive gathering of players.

Another very interesting topic discussed in the interview was the addition of new in-game mechanics. According to the previously mentioned representatives, Niantic's staff is currently working on these new functions, which should be at least partially ready in time for the great event, but there's no official date yet for their release. Raids will most likely be the most player-appreciated upcoming functionality, but the rumored PvP and Trading features will probably not go unnoticed either.

As far as long terms plans are concerned, Niantic plans to organize numerous smaller Pokemon Go events such as the Water Festival throughout the year, thus keeping the players active and entertained. Furthermore, these get-togethers are a great way for the users to interact with people who share their passion for capturing as many Pokemon as possible, so it's great from a social standpoint. Lastly, the company is also working on a new wearable that will make the bridge between augmented reality and the real world even shorter. Even though at the moment, there aren't too many details about the upcoming gadget, from what I understand, it's supposed to be a head mounted device, somewhat similar to Microsoft's HoloLens. According to the previously mentioned interview, the GO Plus is just the beginning of what Niantic has planned for the future, but the current technology cap is hindering the company's vision. The wearables that can be created using today's tech would either be too expensive and thus inaccessible to large masses of players or "not wearable enough" to be a real success.

Unfortunately, there's no official date for when this big summer event is going to happen, but we will update you as soon as we get some more information. In the meantime, you might want to check out one of the other great games for Android that were launched in 2016.

Previous story Messenger gets QR codes support, a game tab and more Next story Xiaomi's $365 Mi 6 is now available on the market