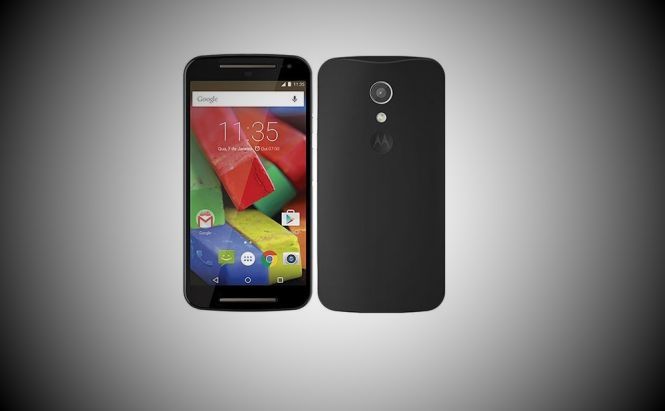 Previously we covered the upcoming Motorola's flagship, the Moto X, and now it's time to get to the mid-range Moto G. The last year's lineup of devices offered decent capabilities for the price and, if the leaks are true, the new Moto G will follow this tradition.

The latest specification sheet that leaked from a popular Indian retailer, Flipkart, suggests that the third gen Moto G will get a 5-inch 1280×720 display, two cameras (13MP rear; 5MP frontal) and a quad-core Snapdragon 410 processor (1.4GHz). Other expected specs include dual SIM, support for 4G LTE, microSD slot (up to 32GB) and a 2470 mAh battery. Previous leaks also suggested that the phone might be water-resistant, but there was no information on IPX7 certification on the spec list from Flipkart. The device is expected to come in two variants: 8GB storage plus 1GB RAM will set you back around $187, while the 16GB edition with 2GB of RAM is expected to be priced at $203.

The Moto G 2015 will be officially announced tomorrow, July 28, during the event that will take place in London and New York. There are strong indications that the phone might be available for purchase right after the end of the event, as its predecessor, the Moto G 2014, is currently marked 'Out of Stock' on Flipkart.