The ultra thin case may have been Samsung's Note 7 bane 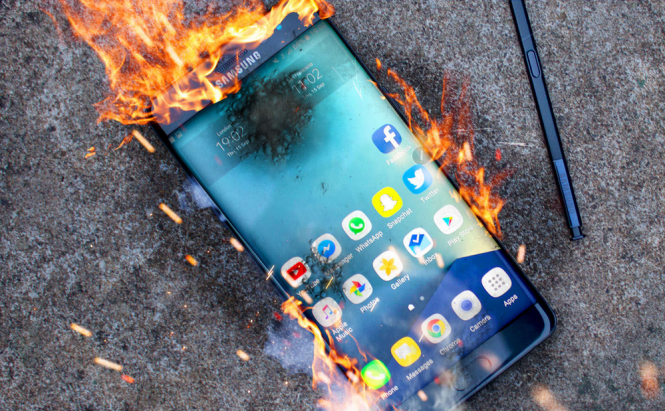 The ultra thin case may have been Samsung's Note 7 bane

It's been a while since Samsung promised to find out why the Galaxy Note 7 was catching fire, but so far we haven't heard anything official from the Korean Giant. However, Instrumental, a team of engineers and developers who earn their living by solving problems, didn't want to wait around for an explanation and conducted their own investigation. According to them, the device's case is the main culprit for the issue, not the battery that most believed to be the responsible party.

The team's findings show that the batteries weren't actually faulty; the reason behind the fiasco was the decision to push for a case that's as thin as possible. I'm not an expert in the field, but as far as I understand, the battery has two main layers, one made from cobalt oxide and the other from graphite, kept apart by two electrolyte-soaked separator layers made from a polymer. The two main layers are never supposed to touch, but because the ultra thin case added a huge amount of pressure they were touching causing the devices to overheat. While this sounds quite logical, you should take the information with a grain of salt; we need to wait for Samsung's official investigation to conclude in order to find out what really happened.

Meanwhile, if you're interested in other stories regarding the Korean giant, you should read some of our older stories like: "Samsung Electronics may be splitting into two subsidiaries" or "Samsung takes the lid of its upcoming C9 Pro smartphone".