According to unofficial reports, Donald Trump wasn't allowed by its campaign staff to write any tweets with his own hands. 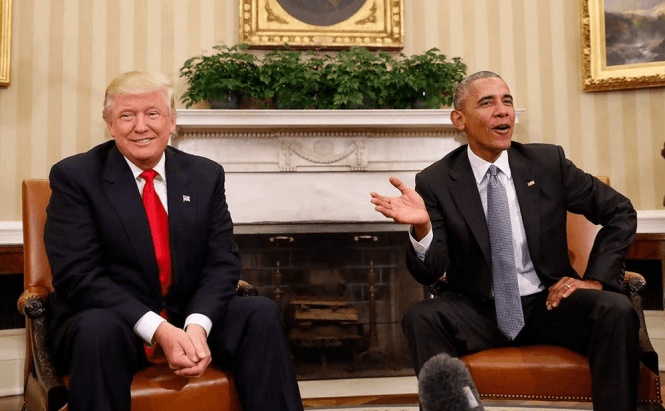 This Thursday, Vlad talked about the importance of social media to electoral campaigns, so I thought we should take a quick look at the brighter side of the things. According to a report published by the New York Times, the Donald Trump's staff stated that the new president of the U.S. wasn't allowed to tweet during the last two days of the campaign. Of course, the soon-to-be former president, Barack Obama, cracked a few jokes at Trump's expense.

Don't get me wrong, I'm not saying that Mr. Trump wasn't allowed to use his Twitter account. Actually, I'm quite sure that most of you know how active he has been on this social network in the past few days. However, he was not allowed to type any tweets on his own, he could only dictate them to a third person who would then write and post the tweets on the candidate's account.  As far as I'm concerned that's very funny, especially since Mr. Trump was adamant about how his superior tweeting skills which represent one of his biggest advantages.

Now, I'm not sure if the staff was afraid that he will make spelling mistakes, use (more) words that are inappropriate for a presidential candidate or simply get mad and start trashing people, but that's probably a secret that we will never find out. I'm also quite curious what the chief of the staff offered Mr. Trump in return for giving up his Twitter rights. As we've all been told time and time again, Donald Trump is a shrewd businessman with a nose for profit, so I'm pretty sure that some kind of deal had to be made.

Of course, President Obama decided not to let this slide and made a few sardonic remarks just before the elections. During his speech in Kissimmee, Florida, Mr. Obama stated: "In the last two days, they had so little confidence in his self-control, that they said, 'We're just going to take away your Twitter'. [...] Now, if somebody can't handle a Twitter account, they can't handle the nuclear codes.". The former American president also made a pretty sarcastic comment regarding Trump's outburst against SNL (Saturday Night Live): "If somebody starts tweeting at 3 in the morning because SNL made fun of you, then you can't handle the nuclear codes." Well, what can I say? Too late for having second thoughts now, 'Murica.

Fortunately or unfortunately (depending on which side of the fence you're on), it turns out that being in control of your own Twitter account isn't actually a requirement to obtain the presidential seat. Trump registered an unbelievable come-from-behind victory, losing the popular vote, but winning the electoral college, so I'm guessing he's the one having the last laugh now.

Since it's weekend and it's all about joking and having fun, maybe you would be interested in reading some of our other lighthearted stories such as: "Top 15 funniest Cortana questions and their answers", "Best Of This Year's April Fools' Pranks", "Hilarious Ways to Troll Your Friends" or "Top 10 Android Apps for Animal Lovers".