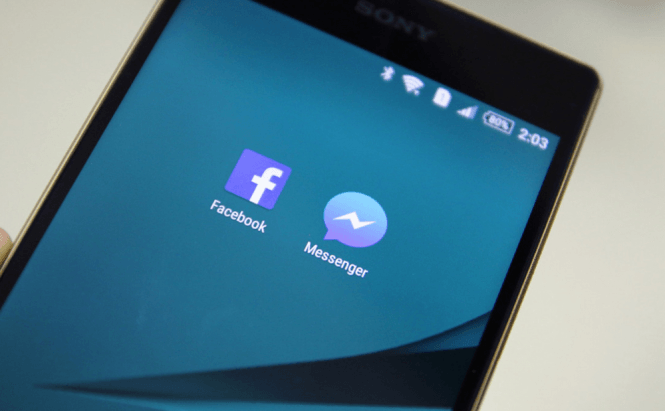 I've got some good news for those who use the Android version of Facebook Messenger. The application now offers support for multiple users, so if you have a business and a personal Facebook account, or if you share your device with other people, using the messaging app will now be a lot easier. From now on, instead of having to constantly log in and out of the service, you will be able to simply switch between every account currently authenticated on a device with just the tap of a button. To activate this functionality, go the Messenger's settings and add your other usernames.

Additionally, after recently experimenting with ephemeral messages, the popular chatting service is also testing out a new feature: SMS support. This functionality will allow the users to send SMS texts directly from the app's interface and, what's even cooler, the recipient doesn't necessarily have to own a Facebook account. What I find curios is that Facebook's Messenger featured SMS support up until 2013 when it decided to remove it, stating that the feature wasn't popular with the users, so why is it making a comeback now? At the moment, this new functionality is only being tested on a few users from the U.S. To see if you have it, go to Messenger's settings and look for an option marked Change SMS App.

Talking about SMS support with the guys from VentureBeat, a Facebook representative stated: "At Messenger, we are always trying to create new ways for people to communicate seamlessly with everyone. Right now, we’re testing the ability for people to easily bring all their conversations — from SMS and Messenger — to one place. It’s a really simple way to get, see and respond to all your SMS messages in just one app. By choosing to access your SMS messages in Messenger, they’re right alongside all the other enhanced features that Messenger offers."