Playing on the go is easy! Part II: DM tools

If on the go you are trying to figure out which monster the characters are to face, congratulations, you are a DM! 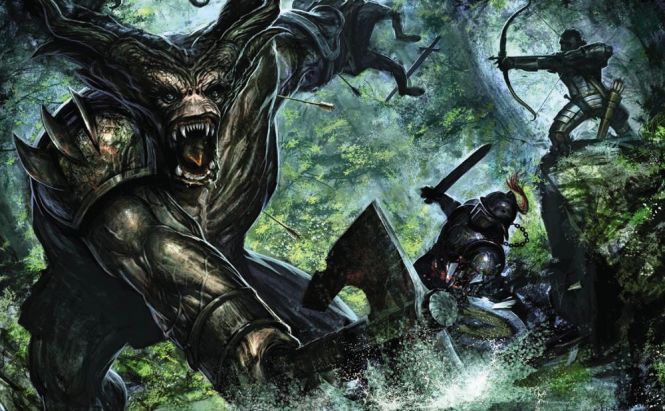 Playing on the go is easy! Part II: DM tools

In the previous article Playing on the go is easy! Part I: player's tools I have described several tools that can be handy if you are controlling a character, i.e. you are a player of a DnD game, when the game is run during a trip. A short introduction was also made into what the world of DnD is, so do not hesitate to read that post before going on with this one. You can also read Distance doesn't matter and get a more precise image of what a DnD game in all its variants is.

Similar to the players themselves, the DMs need Companions for D&D 5e, Complete Reference for DnD 5 and Dice Roller described in Part I: player's tools. These are important as the DM has to make rolls for monsters or solve some situational tricky moments or disputes. Having the possible companions list at hand turns out to be useful if you have planned that your party is to meet a druid in an animal form. The complete rule reference is always of great help.

The applications that are solely a DM choice are as follows:

This utility allows you to plan your campaign thoroughly. You can make a list of encounters, adventures, players, traps, NPCs, regions, treasures, and even add some specific notes. With Fifth Edition DM Tools you will have the whole campaign in your pocket. This app provides the possibility to describe a bunch of details, but be ready to spend a lot of time upon filling all the entries yourself.

The necessity of this tool is hard to be overestimated. When you run a game and your players finish a battle, they start to loot the NPCs. This is the exact moment when you need a beforehand prepared loot. The tiny application Loot Generator for D&D 5e makes it possible to create individual or hoard treasure depending on the level of the party, create items or the spells found by players in mere seconds.

This application is much simpler than the previous one, but deserves to be mentioned. 5E Treasure Generator provides you with an easy instantaneous way to create the loot for the party or each of the characters, depending on the party level. It doesn't let you save the generated list of treasure, but a screenshot can always be taken.

As a DM you keep track of all players characters, so it can be useful to have all the characters at hand. Squire – D&D Character Manager will allow you to keep track of all PCs and important NPCs. The app provides detailed character sheets that are a complete substitute for a paper sheet variant.

One of the most important aspects of a game is the plot and the world the actions take place in. You can generate dungeons, wilderness, food, even magic effects or peculiar plot deviations with ease and in mere seconds. DM Screen is a must-have!

With the described tools you can easily run a game: no matter where you are, how many players are to participate, and what experience in running the DnD sessions you have. Enjoy interesting journeys in good company!