If you like the feeling of your heart beating fast and the rush of adrenaline that you get when you're scared, then these are the perfect games for you. 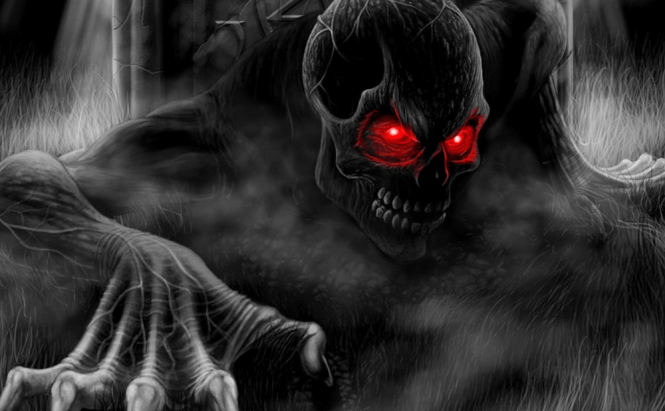 There are many people who like a good horror movie or game from time to time, and the scarier, the better. If you own an Android device and are looking for a game that will make you jump and maybe scream from time to time, then you've definitely come to the right place. Here are seven games you can play on your smartphone or tablet and that will pull every trick in the book to make your hair stand on end. There's not much more to say, except enjoy and sleep well...

Nothing can ever go wrong in an almost abandoned mental hospital, right? Of course the cameras on the walls might start moving like they have a will of their own, and you might run into the monster that inhabits the building from time to time. But I bet surviving five nights until you can be rescued from this lovely asylum will be a piece of cake, and when you make it to the end, you won't feel relieved at all. Just a small piece of advice, while moving around in Five Nights Horror Escape,  you might want to close the doors behind you.

The abandoned school is a very well-made horror game that kept my adrenaline high throughout the entirety of its story, The black-and-white environment, the constant suspense and the eerie sound effects make this game truly scary. In this survival horror, you control a student who tries to find out who was behind the murders of his girlfriend and brother. Solve puzzles, avoid obstacles, escape rooms and find out the shocking truth behind the mystery of the murders.

Do you like jump scares? You know, like that Pacman variation, where after about 30 seconds of gameplay the image will instantly change to a scary figure, and you would hear a loud scream in your speakers. If the answer is yes, then House of Grudge is the game for you, as there are tons of jump scares. In case you're wondering how bad it can be, here's a fragment from the game's disclaimer: "This game may cause seizures and an accelerated heart rate that can be harmful to your health. Expecting mothers, the elderly, children and those with pre-existing heart conditions should refrain from playing this game."

Do you like searching for treasures? What if you were searching through an abandoned house with a clearly malevolent ghost in it? If you're brave enough to start playing Eyes - the horror game, collect as many items as you can, then get out before the ghost gets you. Just pay very close attention to the game, and when the word "RUN!" appears on your screen, comply as quickly as possible. If you look around, you won't believe how close the ghost actually is to your face. As a big plus, this first-person horror game has one of the best graphical engines I've seen.

If you think that horror games would be much better if you had a gun to shoot everything in sight, then you should definitely try Dead Trigger 2. Zombies will constantly keep trying to surround you, and that's not the most pleasant feeling, despite the pistol in your hand. The one thing that I can tell you without being accused of spoilers is that I've never looked behind me more times than I did while playing Dead Trigger 2. To find out more, you're going to have to play it yourselves.

Dungeon Nightmares isn't a game that's going to surprise you, since you pretty much know what to expect as soon as you read the title, but it won't disappoint you either. The story of the game is simple, yet incredibly scary: every night, your character has nightmares about being trapped in an endless dungeon without any possibility of escape. This game will have you walking, running and crawling through the darkness, scared of even the slightest sound. Of course, there are candles to help you make some light, but the light can also be seen by others....

Last on our list and my personal favorite, LIMBO isn't a game that will make you jump and scream, but you won't be able to escape the chill crawling down your spine for the entirety of your playthrough. Totally different from the previous games on this list, Limbo looks more like a scary indie platform game. The design is as close to perfection as you can get with a grey atmosphere and really great sound effects. Another thing totally awesome is the story (you play as a kid looking for his sister in a creepy world, but there's a lot more to it that), and everything else about this game is simply breathtaking.
If scary games are your thing, then you should also check out our previous stories: "Top 10 survival games", or "Top 10 Zombie Games for Windows".
Referenced Android applications