Turn your Android device into a second PC monitor

If you would like to have a secondary display for your PC, but you can't afford a new monitor, here's how you can use an Android device instead. 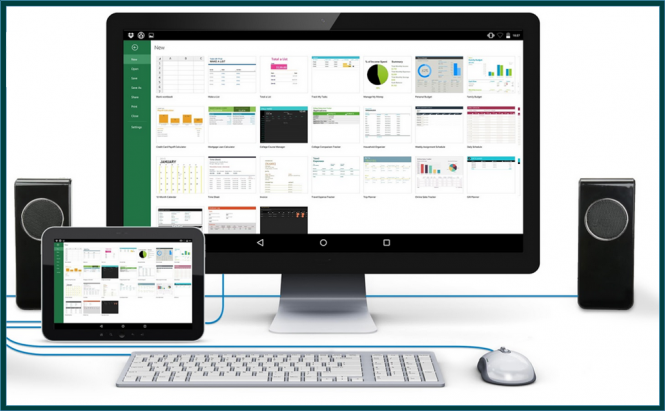 Turn your Android device into a second PC monitor

Having a second display for your PC can be super helpful. You can watch videos while you work, look at two streams in full-screen at the same time, enhance the way you play a game by mirroring the map on the second screen, etc. Unfortunately, monitors aren't exactly cheap, so not everyone can afford to buy a new one. However, there's an alternative solution that you might not know about: you can turn your Android device into a second PC monitor.

There are several applications that can help you use an Android tablet (preferably) or phone as a secondary display for your PC: Splashtop XDisplay is a good solution that offers some interesting navigation features and it works on Windows as well as MacOS, but it will cost you $5. iDisplay is another tool that offers pretty much the same capabilities and which works on both PCs and Macs, but you'll need to pay for it as it costs $10. In this guide, I've chosen to focus on a free app called Spacedesk that will only work for Windows users.

Let me begin by telling you that if you use Spacedesk, you won't need anything other than your PC, Android device and a wireless Internet connection that both devices can use. The app works via WiFi, so you won't need any kind of cables to connect the mobile device to the computer.

The first thing that you're going to need is to download and install Spacedesk on your PC as well as on your Android device and make sure to reboot your computer after the installation process is complete. Now, make sure that both the PC and the Android device are connected to the same network and fire up Spacedesk on your tablet or phone. Next, simply wait for the app to detect your PC and tap the Connect button. In case the application was unable to automatically detect your computer or if you have it installed on multiple PCs, simply uncheck the box marked as Auto Network Search and manually enter the IP of the desired computer. In case you don't know what's your local IP, on the computer keyboard, press Win+R, type cmd and hit Enter. In the new window that opens up, write ipconfig /all, press Enter and scroll down until you see the address.

Once you've tapped the Connect button, your desktop will be mirrored on your Android device's display. If you want to, you can use the mobile device as an extension of screen, which means that you'll actually be able to multitask, looking at one thing on your main screen and at a different one on the tablet. To do this, right-click on an empty space on your desktop, go to Display Settings, then choose Extend these displays instead of the Duplicate these displays option that is set by default and click Apply. This will allow you to move your cursor from one screen to another and drag windows into the secondary display.

Now that you've learned how to turn your Android device into a second PC monitor, you may also want to read "5 Things You Should Know to Pick Up The Right Smartphone" or "The best features brought by Android 7.0 Nougat".

Previous story Gboard can now translate the text you're typing in real time Next story Oculus rolls out Rooms 1.2 for a better VR social experience