In case you didn't know all the cool stuff that you can do with Android's OK Google functionality, here are some of the most useful examples. 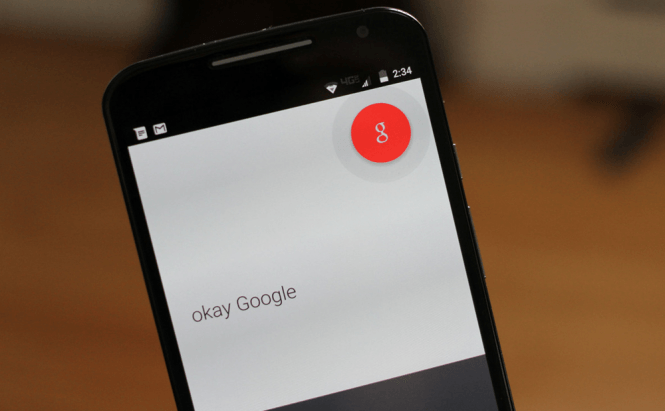 In today's world, time is very precious, and multitasking is becoming more and more of a necessity, so voice commands can be an invaluable tool. If you're using an Android smartphone, you probably know that Google has had this functionality for quite a while now, but for some reason not many people make use of it. This is why I've decided to show you some of the most useful functions that your phone can be instructed to perform using vocal commands.

Before we start, let me quickly show you how to make your phone always have an ear out for the voice commands you are about to give it: launch the Google App on your device, open the menu and choose Settings. Once there, go to Voice, then tap the "OK Google" detection button and turn the toggle marked From any screen to on. The app will ask you to say "Okay Google" three times, so that it can recognize your voice, and after that's done, you're ready to go. You should also remember that, before giving any of the commands that I'm going to show you, you should first say "Okay Google" to alert your phone that you're actually talking to it.

This is a very simple yet handy function that gives you the ability to launch any application installed on your phone. In case your hands are busy, or if the app that you want to open is hard to get to, all you all you have to do is say "Okay Google", followed by "Open", then the name of the application (like "Open Messenger" or "Open Camera"), and the phone will automatically launch it. In case it didn't fully understand you, the device will display the icon of the app it guessed you were talking about and ask you to confirm.

Ever had to get out of bed after you were already tucked in and comfortable because you've realized that you forgot to set your alarm? There's a much easier solution to deal with this: simply tell your phone "Wake me up at 8 (or any other desired hour) tomorrow", and the Android device will automatically set an alarm for 8 A.M. the next day. Yes, it automatically guesses the A.M. part, so if you're pulling night-shifts, you should specify that you want to be woken up in the evening.

If you're like me and hate typing on your phone's keyboard, or if you're simply busy, then you are going to be very happy to find out that you can quickly send texts without even touching your screen. To do this, all you have to do is, first, wake up your phone with the "Okay Google" mantra, then tell it to "Text" followed by the name of the contact such as "Text mom" or "Text Andy" and dictate the content of the message. Just remember that, like any computer system, (and probably some humans), your phone will have trouble understanding complicated messages, so keep it short, clear and simple. Once you're done, the phone will ask you to confirm the contents of your message and send the text.

This was pretty obvious, but I felt like I had to mention it. "Okay Google" allows you to send emails using voice commands, just as easy as you can send text messages. This time, say "Email" followed by the name of the contact and the text of your communication, then confirm the content, the address of the recipient, and your phone will send your email. Example: "Email Lucy let's go see a movie tonight."

I like listening to music while I cook or clean, and I don't want to use my touchscreen while my hands are wet or covered in food ingredients, so most of the time it's much easier to use Google Now. All I have to do is tell my phone "Play Fear of the Dark", and the Iron Maiden song will instantly start jamming. If you ask for the name of the artist that appears multiple times in your files or the name of an album, the phone will present you with all the available choices. Unfortunately, you cannot tell your phone to shuffle the playing order.

If everything up to this point seemed trivial, this function can actually save you in some bad situations, if you have a decent data cap. All you have to do is say "Give me directions to" followed by the address or the landmark that you want to visit, and your phone will launch the Google Maps app, giving you all the directions you need to get to your desired destination. In case you're on foot in a city that is supported by this feature, you can also receive public transit directions.

Now that you've seen the top 6 most useful voice commands that you can use on Android, you might want to check out some of our older stories such as: "The best Android tools to extract texts from photos" or "Top 5 hidden object games for Android"