With the new Android devices, old-school logic game classics can be played on the go, wherever you are, if you can reach your smartphone. 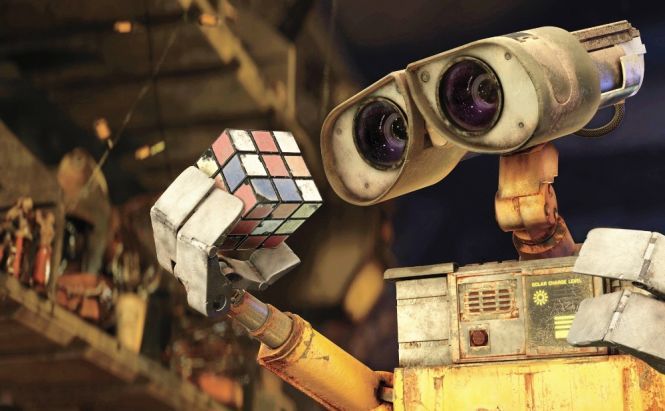 It will be difficult to find a person over twenty years of age who would not have heard of Rubik's (originally Magic) Cube. This square toy has lots of fans all over the world. This cube with differently colored segmented sides is usually given to a player with all tiles mixed up. The task is to return solid colors to its faces without cheating (yes, it is forbidden to re-paste the stickers). This toy has a single disadvantage: the size. The more segments the cube has, the larger are the sides, and the more place in your bag it occupies.

Modern technologies allow you to have this logic puzzle with you wherever you go. The applications are numerous, but not all of them are equally well designed. The three described here got their approval gaining more than one hundred thousand of users, some reaching half of a million.

Rubik's Cub by HASG does not create a fill of a real toy in front of you. The cube can be rotated in space, but to move rows you have to tap on arrows around it. This may turn to be hard, and is less interesting for sure.

Cube Rubik by Maximko Online is very intuitive. The controls are easy to use, the cube is fully rotatable. All animations run smooth. This app allows to compete with other players by uploading your time score to the global leaderboard.

3D Rubik Cube by EZ.GAME has some interesting things to offer and is the leader among the three. Apart from being a 3D reincarnation of Rubik's Cube, this game offers you to choose the number of tiles in a row from 2 to 8. This application can be used as a wallpaper on your smartphone. A Screenshot of Rubik's Cub Gameplay

If you have never played with the Magic Cube you may like the FREE Rubik's Cube steps application which will teach you some basics on how to solve the classic 3-tile sided cube. The instructions are illustrated and provide detailed explanations on how to deal with this logic puzzle. Of course, this utility may help you solve the classic Rubik's toy too.

To sum it all up, digital Magic Cubes are perfect for training and handy during journeys, but they lack that unforgettable feel of moving the lines of cube faces with your own hands. Still, do not hesitate and let your brains undergo a tricky logic test with Rubik's Cube if you have never done it before.