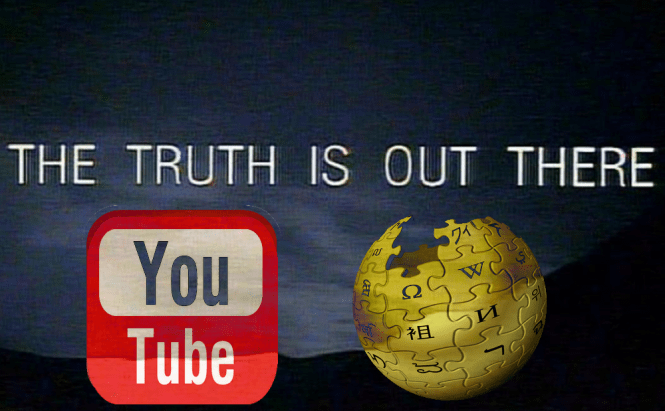 With the Internet becoming available to more and more people with various degrees of education and amount of free time, fake news is becoming a real problem as they spread like wildfire. In an effort to combat this unfortunate trend, YouTube's CEO Susan Wojcicki has just announced that the platform will soon start adding links to snippets from Wikipedia on videos that include conspiracy theories, thus making it easier for the users to discern between reality and fiction.

In order to achieve this goal, the video-sharing website will be using a list that includes all the conspiracy theories that have been circulating on the Internet. As far as I know, such a list can't exist as new crazy scenarios appear on a daily basis, but YouTube is probably thinking about those theories that actually gain some traction and a following. Unfortunately, most of the troubles that the platform has had with the fake news lately has been with videos calling the Las Vegas shooting "a hoax" and content that claimed that the shooter in the Texas church mass murder was associated with the left-wing movements, both of the events being fairly recent. What's even worse is that Wikipedia itself admits that it's not equipped to deal with such things as the service is designed to be an encyclopedia and not a newspaper.

However, on a positive note, this new feature will make it easier for people to personally fact check the conspiracy theories that they see on YouTube before starting to share them as the absolute truth with others. Hopefully, the platform will take Facebook's example and also prevent videos that spread fake news from making advertising money.