Backing up the important data on your Android phone is always a smart thing to do. Here are the best tools to help you with this task. 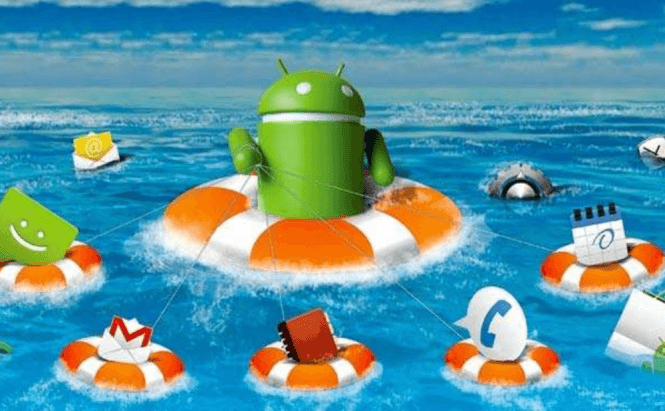 How many of the phone numbers saved in your phone can you remember without looking at your contact book? One or two maybe? And how much other important stuff, like messages, photos and documents do you store on your phone? So what would happen if all the data on your phone would completely disappear one day? If you use a reliable backup application the answer is simple: absolutely nothing. Here are the top 10 backup applications that will help you keep the data on your Android devices safe, even in case of disaster. App Backup & Restore is probably the simplest application of its kind that you will find. Even though it doesn't offer an extensive functionality, the app's simplicity is actually what makes it stand out. This tool will enable you to back up your apps on your SD card or save them to other devices via Bluetooth or Wi-Fi. Probably the best feature that this application has to offer is its capability to automatically backup any new app that you install. Additional functionality includes the possibility to batch backup multiple applications, simple restore options, the ability to display storage usage statistics and the capability to sort your apps by name, size or install date. As I'm sure you've figured out from its name, G Cloud Backup saves your data on the cloud, and it even gives you 1GB of storage space for free. This application is designed to back up your photos, videos, music, contacts, documents, call logs, etc. instead of your apps. The cool thing is that you can set up automatic backups either by using a scheduling algorithm which saves your data after a specified time interval or by utilizing one of the many triggers offered by the app. This tool will organize your content in a timeline and will also help you easily share it with others (or other devices that you own). In case the free storage space you get isn't enough, you can extend it either by purchasing a premium membership or by performing some actions that the app will instruct you on. ROM Manager is a really popular and effective application, but you can't use it unless your phone is rooted. This tool is a bit different than the rest because it doesn't make backups of your apps, data and settings, but instead creates Nandroid backups which basically are exact clones of your phones. In other words, if something happens to your device, you use a Nandroid backup to restore it and everything will be exactly the same as it was before. I don't say this very often, but in this case I recommend using the premium version of the app as the extra features that it offers (incremental update zips, install queue, automatic backups, etc) are worth the money. Created by Avast Software, Mobile Backup & Restore is a reliable back up tool. The app's free version is capable of saving your contacts, SMS, call logs and pictures while the premium one will also backup your music, videos and apps. The downside is that you need to have or create an Avast personal account (that's where your contacts, calls, SMS, etc. will be stored) as well as a Google Drive account (where photos, videos and apps will be stored) in order to take full advantage of the tool's functionality. Furthermore, Mobile Backup & Restore will automatically back up your data either according to the schedule you have set or based on various triggers. SMS Backup+ is a simple app that saves and syncs your text messages, MMS and call logs with your Google account. The application uses a separate label in your Gmail, so finding and restoring the data is quite easy. This tool is capable of automatically making backups, but according to its developer this feature is 100% reliable only when SMS Backup+ is installed directly on the device and not on the SD card. As far as I know the application has had some issues with the KitKat version of Android, but other than that it is a great way to keep a copy of your text messages and calls list in a safe place. Super Backup is a tool that can back up your phone's data. In case your device is rooted, the app is also capable of backing up your settings and applications. Super Backup+ can help you save the data on the SD card, on a PC or send it to your Gmail or Google Drive account.  Additional advantages include the possibility to schedule automatic back up sessions and the app's ability to restore the data directly from Google Drive and Gmail. What I really liked is that this application offers its entire functionality for free. The only advantage you get from purchasing the premium version is the removal of those pesky ads. Ultimate Backup isn't just a well-designed backup tool but can also be used as an app management solution. This application is able to make backups of your SMS, contacts, call logs, apps, etc. and in case your device is rooted it can even create Nandroid backups. Furthermore, with this tool you can also kill, freeze, uninstall or fix the permissions for other applications, tweak the UI, etc. Unfortunately, to access some of the more powerful features, like automatic updates or killing apps at boot you will have to purchase the premium version. Ultimate Backup is one the best designed tools of the kind I've seen, so if looks and visual customization options are important to you, then you should definitely give it a go. Helium is a recently released backup app, which quickly attracted a lot of attention becoming incredibly popular. This tool will help you backup the apps and data from your phone to your SD card or PC. If you opt for the premium version, you gain the ability to save the information on cloud storage (Google Drive, Dropbox, Box), the possibility to sync the data between multiple devices, and you also have the option of scheduling automatic backup sessions. This application works on routed as well as non-routed devices. Titanium Backup is probably the best backup tool on this list. However, because it can only work with rooted phones, and it can be a bit confusing for new users it ended up as the runner-up in this top. This application help you backup and restore your data, apps and Market links (so that the restored app will continue getting automatic updates). The tool also provides a bunch of useful features such as the ability to schedule backups or batch restoring. If you choose the paid version of Titanium Backup, you will also get data encryption, multi-user support, full support for paid apps, etc. MyBackup is a versatile app that is capable of working with an impressive amount of devices whether they are rooted or not. This tool can help you schedule or manually create backups containing your apps, photos, music, videos, contacts, SMS, call logs, browser bookmarks, MMs, system settings, music playlists, APN, etc. In the free version you can only save the data on your phone or on SSDs, but if you choose to pay for the premium one, you can also store your data on cloud services such as Dropbox, Google Drive and Rerware Cloud. Even though it's not as popular as Titanium Backup, its extensive functionality and the fact that it can also work with non-rooted devices propelled MyBackup to the number one position on our list.