Get your own Samsung-made VR headset for just $99 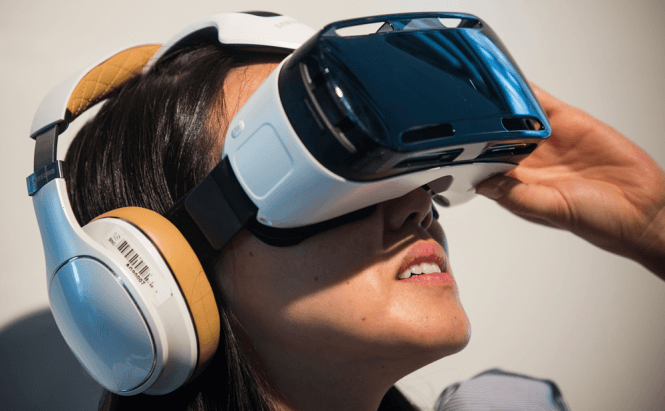 Get your own Samsung-made VR headset for just $99

Yesterday, at the Oculus Connect event which took place in Los Angeles, Samsung's Senior Vice President Peter Koo officially announced the new Samsung Gear VR. The fans of the device will be pleased to know that this latest headset brings some really cool improvements. The first thing that I noticed was how affordable the new gadget is: just $100, which is half of what you had to pay for the previous version of the product. Another good thing is that the headset works with all the phone models that Samsung has launched in 2015 (Galaxy S6, S6 Edge, S6 Edge+, and Note 5), so compatibility will no longer be such a big issue as before. As far as the design goes, the new Gear VR doesn't look that much different from its predecessor as just the side controls seem somewhat better defined than what we've seen in the past. Furthermore, according to Samsung, the new model is much more comfortable to wear and 22% lighter than the previous build. If you're curious about the content that you can access with the new VR headset, I've got some good news about that as well. The new Gear VR will offer support for Netflix and Twitch while other media streaming services such as Vimeo or Hulu will be added later on.

In case you're interested in acquiring one of these new Gear VR headsets you won't have to wait too long. Mr. Peter Koo stated that the headset will become available this November before Black Friday, so you might be able to get it even cheaper.