Google updates its Hangouts app with a "Quick Reply" feature 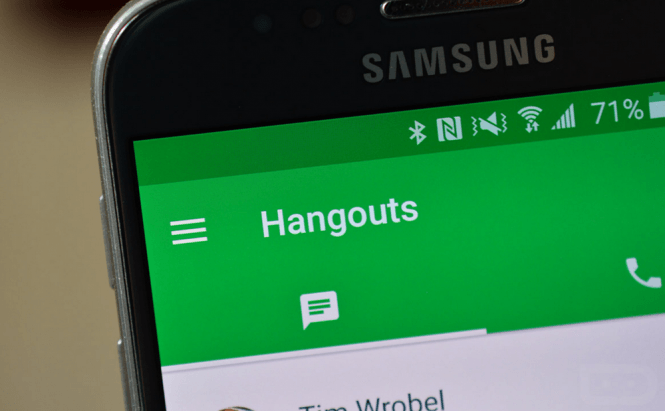 Google updates its Hangouts app with a "Quick Reply" feature

Google has just released a new update for its chatting app service. Version 7.0 of Hangouts for Android brings several improvements, but undoubtedly, the most important one is the quick reply feature, which lets you instantly respond to a conversation directly from your notification screen. You don't have to do anything special to access this new feature, simply tap the Hangouts notification and you will be able to type a reply. This functionality may not be a huge innovation (as it has already been available on iOS device for quite a while now), but it will save the users a lot of time, so it's important that it was ported on Android as well. The update is rolling out gradually to worldwide users so, if you don't already have the latest version, you won't have to wait too long to get it.

Additional improvements include the ability to save your conversation to the device's home screen and some Material Design retouches which give the app a better overall aspect. However, the one thing that I really didn't like was the clear push towards using Google's products instead of the SMS app that you are currently employing. Hangouts 7.0 comes with a very obvious button that urges you to switch to Google's Messenger app, so I wouldn't be very surprised if the next build will actually force the users to make this change. However, since the last major Hangouts update came about five months ago, it should be a while until we're forced to choose between Google's services and other applications.