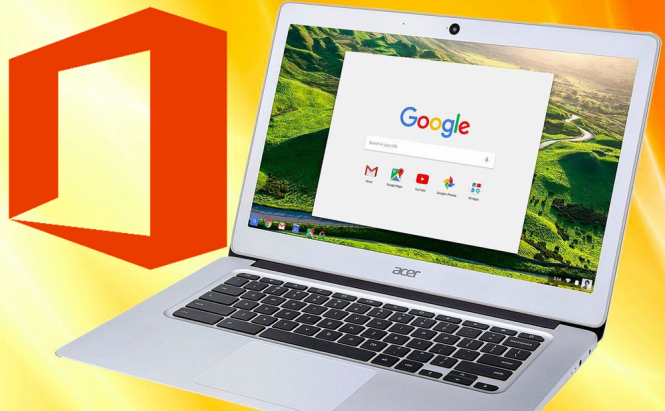 I've got some good news for those who use Chromebooks on a regular basis, but aren't too thrilled about Google productivity tools such as Docs, Sheets or Slides: from now, Microsoft Office has also become available on Chrome OS. However, the suite is only available through the Google Play Store, so if you have an older Chromebook that doesn't support the Android app marketplace, you still won't be able to use Microsoft's productivity bundle.

Even though neither Microsoft nor Google has made any official announcements regarding the launch and so far, both companies declined to comment on the matter, this is a big milestone, especially since Google offers its own products with the same functionality. From what I've read on various sources, the list of Chromebooks that are capable of running Microsoft Office includes, but isn't limited to the Pixelbook, the two Acer Chromebook 15 launched this, the Acer C771 and the Samsung Chromebook Pro. Another aspect that may prove to be problematic is that those who own Chromebooks with displays larger than 10.1 inches will need to purchase an Office 365 subscription in order to use Word, Excel or PowerPoint on their devices.

In case you're wondering why Microsoft is keeping this quiet, it's most likely because the Redmond-based company recently became involved in a project involving low-cost laptops running a minimalist operating system called Windows 10 S, which is designed to compete directly against Google's Chromebooks.