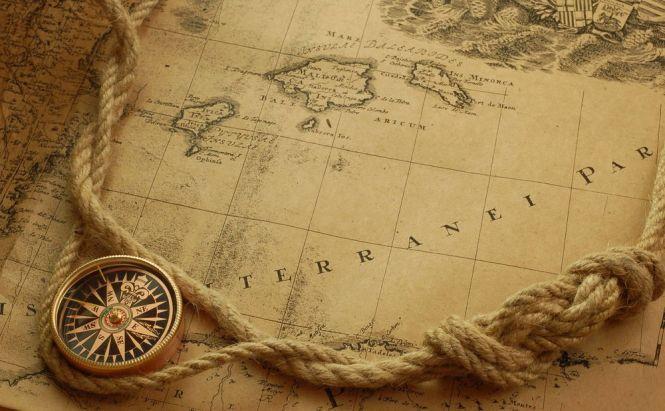 Imagine yourself stuck somewhere deep in the pine woods of North Sweden with thousands of hungry bears and no network signal around; or lost in Ferentari, the infamous Roma ghetto in the South of the city of Bucharest, Romania (compared to which the Swedish pinewoods are an excellent place to live in). Your GPRS seems not to be working for some reason, and looking up where you are on Google Maps is not an option tool considering the international roaming rates of your MNO are a disaster. Well, if you were smart enough to download offline maps of the place you were heading to, you can sing praise to the Lord.

We have downloaded and tested three offline map apps you can download for free in order to find out, which of them would give you more chances to get out of the woods in one piece... or find your hotel in a foreign city. The three apps we checked out All-In-One Offline Maps by Psyberia, Offline Maps by elderorb, and Maps With Me by MapsWithMe GmbH.

By merely looking at the app's name, you can already figure out its developer has attached much importance to it including as many maps as possible. After a little bit of poking around the settings, you'll see the most impressive map collection you could hope to find in an app that small: Google maps, Bing maps, 7 USGS maps and map layers, Grayscale and Humanitarian (don't ask, I've got no idea either) maps. Boy, looks like Psyberia did a good job creating a product even the most hardcore city explorer would want to download. Not exactly. Firstly, it took me almost two hours of using All-In-One Offline Maps to find this map collection in the options – and I did it accidentally. Secondly, the way this app saves maps is awful: they get stored in cache. It means in effect that you have to get an Internet connection and carefully view all the areas you want a map of, on all zoom levels you may need, on all the maps you may need, otherwise the app will jolly inform you that you're offline each time you will view something you didn't think of beforehand. In other words, you have to carefully plan where you're going to head and manually download the required maps. If you explore a relatively small city like Pierre, this task can even be viable. With a big city like New York or London, it becomes daunting.

The most ingenious feature of this app is definitely the Find Pubs option that can save you a lot of time if you're seeking for a nice little bar to quench you thirst. Sadly enough, you'll need a little bit of patience to learn to use it.

First of all, you still need an Internet connection to download an offline map. You connect to the Internet, open the app, click the area you want to store to the view and go to Settings → Prepare map → Download map, after which you have to wait till it's finally saved on your phone. Again, if you want a map of, say, Chicago, get ready for several hundred of megabytes of incoming data traffic and several minutes of waiting time. To make things worse, it's rather unclear what you have to do with your stored map afterwards. You go to Settings → Select map, pick the map you need, and... nothing happens. No window opens, no search bar pops us, nothing. Actually, the map you are viewing now is the offline one, it's just not marked as such and it is not distinguished from the area you can't view offline. While there is some elegance to this solution, it's hardly very intuitive and would work much better if your stored maps would be displayed in a separate tab. Offline Maps: looking for a bar in Lower Manhattan

Anyway, after you've mastered this weird interface, you'll hardly want any other offline map on your Android. Offline Maps wins over the competition by allowing you to search for museums, bars, supermarkets, restaurants and whatnot on your stored maps for free. Yes, rescuing your life from hungry Swedish wolves is a serious argument when picking an app like this one, but in a more down-to-earth situation you'd rather use a map for more mundane purposes. For example, to find a nearby Starbucks. The free search in Offline Maps is as close to the Universal Nearby Starbucks Search of your dream as possible.

III. Maps With Me

This app comes in two different versions: the Lite one you can get for free and the Pro one you'll have to pay €3.99 (about $5.5) for, the difference between the two being that the Lite one doesn't show any POI's (Points of Interest). In other words, if you want to search for Manhattan bars with Maps With Me, you'll have to buy the full version. A very serious drawback, especially if you consider that one can easily do it for free with Offline Maps. Maps With Me: Lite Version with no Bars

However, Maps With Me has a couple of selling points that can make you buy it. It has a neat and fairly intuitive design with an extremely gentle and short learning curve. The maps look awesome and are significantly smaller than those in the rival apps. More importantly, Maps With Me implements a fairly straightaway method of downloading the maps. You can just download pre-made maps of countries or country regions, and that's it. Everything you need is already in there. Last but not least, the developer claims its POI databases are larger than any other.

Long story short, purchasing the full version you will buy ease of use that lacks so hard on Offline Maps, with basic features being roughly equally good in both apps. Much like the good old Apple vs. Samsung or iOS vs. Android holywars. Which side to take is a highly personal matter. Nevertheless, if you need a good piece of advice, try Maps With Me Lite first and think if you personally are ready to pay $5.5 for this interface. If you are, go ahead and upgrade to the Pro version without giving it any further thought.

All of the three apps we have reviewed were not that bad, each of them being directed at a specific user type. All-In-One Offline Maps is the best choice for any map freak who has always wondered how the public transport network in Orléan, France looks like. Offline Maps are perfect for everyone who can tame the unwieldy interface. Maps With Me can be the perfect solution for those users who will lose this interface battle – or don't want to fight it in the first place.

Referenced Android applications
What was the last country you visited?