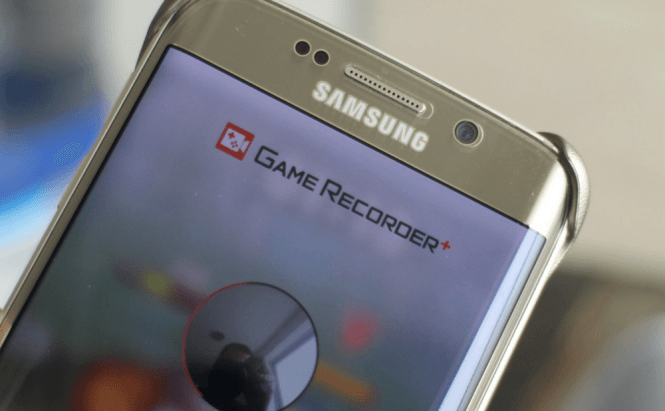 There are those who like playing games on their smartphones and are actually good at it. However, proving their skills to the rest of the world was quite a challenge as capturing videos from your phone's display wasn't something everyone can do. Samsung aims to change that for its customers, so it has recently launched an app called Game Recorded+ which is capable of capturing footage from gaming sessions. Unfortunately, the app only works on the company's devices so in order to use it you will need one of the following models: Galaxy S4, S5, S6, Note 2, Note 3, Note 4 or S6 edge. If you have the right phone, the app can be downloaded for free from the Google Play Store (and not from Samsung's app store as you might expect).

Just like most other gaming-focused video capturing tools, Game Recorder+ embeds the player's live feed into the video. The app uses the device's front camera to capture a feed of the player, which can be re-sized to become less (or more) visible. Unfortunately, there is no way to actually disable the circle, but hopefully, such a feature will be added in the next update. Additionally, the application also keeps your microphone ON during the recording session, so if you want to add a commentary or voice reactions to the in-game action, it's very easy to do so.

Using the app is also very easy: once launched, Game Recorder+ will add a button on the bottom of your screen which you can press at any time to start capturing the video. Furthermore, in case the device senses some difficulties, you may also be prompted to enable a game boost feature which, according to the company, optimizes your phone's performance for in-game video recordings.

Previous story It's Official: Sony Xperia Z4v will be Launched this Summer Next story Order a Safe Taxi from Your Android