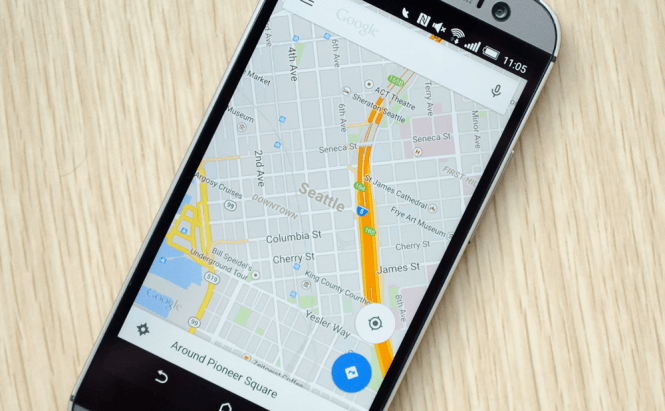 According to a recent announcement posted on the Official Google Blog, the Maps app just got some great offline capabilities. From now on, those who use the latest version of the app will be able to search for locations, get turn-by-turn directions and obtain useful information about nearby places such as working hours, even when there's no Internet available. These features are currently rolling out only on Android devices, but the IT giant promised that it will also bring them to iPhones and iPads in the near future. As I already told you a few months ago, Google has understood the fact that Internet access can be a problem, so the company is working on improving the offline features of its apps and services. Just so we're clear about what's important, in order for any of the available (new or old) offline features to work, you will first need to download the map of the area you're interested in and save it on your device. If you don't know how to do this, there are two alternative solutions: you can either go to the menu (hamburger icon), select Offline Access and tap the + button, or simply search for the city / area / country you want, tap the banner from the lower-side of the screen, and then press the download icon. When you're in a location saved on your phone, but there's no available Internet access, the app will automatically go to offline mode, then revert to normal mode as soon as a connection becomes available. Another cool thing is that the map-downloading feature only works on WiFi connections, so you don't need to worry about going over your data cap.

In case you're the kind of person who likes exploring and relies a lot on his or her phone for directions, you should also read about these 8 Google Maps tricks you should try out.